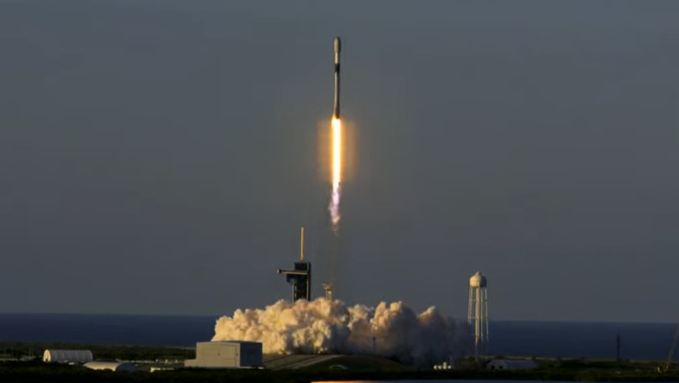 SpaceX kicked off 2022 with a Starlink launch from Cape Canaveral on Thursday afternoon. The first SpaceX launch of the new year sent 49 satellites to Low-Earth Orbit (LEO).

The Falcon 9 rocket took off from Launch Complex 39A at the Kennedy Space Center at 4:49 p.m. EST. The satellites were set to deploy about 16 minutes into the mission, in an area without ground station coverage. The first stage was successfully recovered on a droneship.

Starlink is a constellation of satellites in Low-Earth Orbit (LEO) that provides broadband internet service in areas where terrestrial options are too expensive, unreliable, or unavailable. Starlink serves more than 145,000 users in 25 countries and regions, SpaceX production manager Jessie Anderson said on Thursday’s launch broadcast.

SpaceX recently had a setback to plans to expand Starlink to India. The Indian government ordered SpaceX to stop taking pre-orders for Starlink in the country because it does not have a license to operate in the country. Then Sanjay Bhargava, the head of Starlink India, stepped down from his role, Techcrunch reported this week.

India recently gave regulatory approval to a joint venture between Hughes Network Systems and Bharti Airtel, which has plans in place to offer LEO connectivity from OneWeb.

“A lot of folks say that we’re focused on direct-to-consumer. Certainly that has been a large portion of our effort to date. But we are also currently on cellphone towers, airplanes, schools, and hospitals — you name it. There’s no lack of need for connectivity. [We] continue to expand upon those enterprise offerings and solidify them,” Hofeller said at World Satellite Business Week.