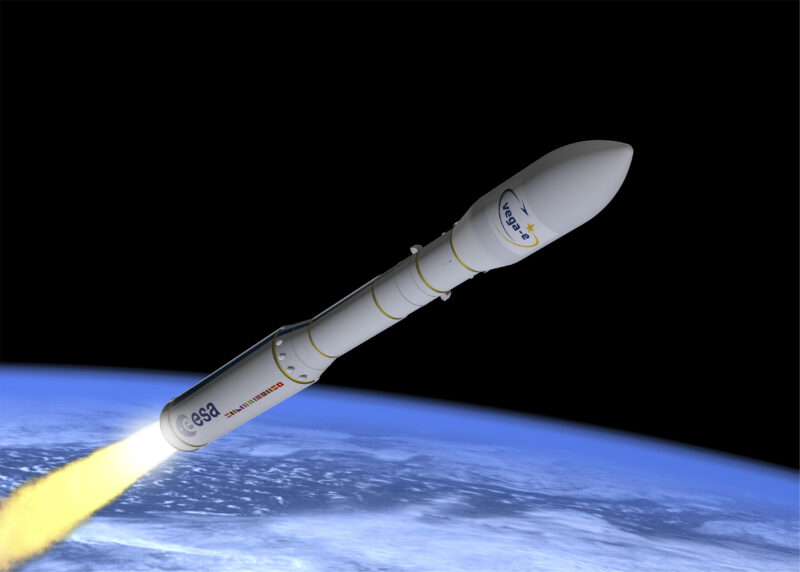 A rendering of the Vega-E rocket. Photo: European Space Agency

The European Space Agency (ESA) has awarded Avio a contract to develop a new version of the Vega launch vehicle, Vega-E. The contract, announced July 23, is worth 118.8 million euros ($140 million). ESA did not announce when the rocket variation would be ready for flight.

Vega is Europe’s light launcher that operates from Europe’s Spaceport in French Guiana. Vega-E will use building blocks from the Vega-C launcher, which is slated for first flights in 2022.

Vega-E will feature a completely new upper stage, featuring a new low-cost liquid-fuelled engine. It will also have three stages, while Vega-C which has four. Two stages will be derived from Vega-C: the first stage P120C solid rocket motor which provides the thrust at liftoff and the second stage solid rocket Zefiro-40 motor. The new third stage is the liquid oxygen–methane cryogenic upper stage which is the core of Vega-E preparation.

These changes are designed to increase its flexibility in terms of payload mass and volume and reduce the launch service cost and globally the cost of launch per kilo offered in the market.

“This contract takes Vega a step further, having at its heart the new M10 liquid oxygen–methane cryogenic engine, which will further increase its competitiveness, performance and sustainability,” said Daniel Neuenschwander, ESA Director of Space Transportation.