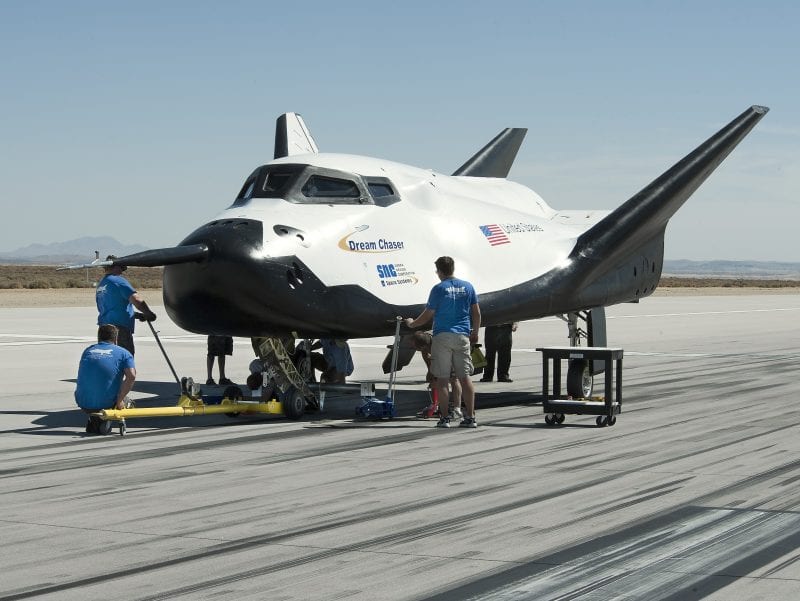 Sierra Nevada Corporation (SNC) subsidiary Sierra Space signed a memorandum of understanding (MOU) with Spaceport Cornwall that could lead to it acquiring an orbital return location for its Dream Chaser spaceplane at the facility’s horizontal launch spaceport in the United Kingdom.

Sierra Space said it recently evaluated the Spaceport Cornwall site as part of a Concept of Operations (CONOPS) funded by the UK Space Agency. The new MOU identifies Spaceport Cornwall as viable return location for the orbital return of Sierra Space’s Dream Chaser spaceplane. Dream Chaser is designed for civil and commercial missions and requires a conventional runway landing to return to Earth from space.

Spaceport Cornwall has been working to get Sierra Space locked in as a potential second launch partner in addition to Virgin Orbit, who will conduct its first launch from the site in 2022. Last month, the U.K. government outlined new regulations in Parliament that will allow satellites and rockets to launch from U.K. soil for the first time – with spaceports planned for Cornwall, Wales, and Scotland.

“In the backdrop of the G7 Summit, Sierra Space is pleased to announce the ongoing progress we are making with Spaceport Cornwall as a viable site for Dream Chaser,” said Fatih Ozmen, CEO and owner of SNC. “Sierra Space understands and embraces the historical significance this milestone represents for Cornwall, a great partner, and the broader U.K. space industry. We share with Spaceport Cornwall a vision to increase and democratize space sector participation by lowering the cost of access to space and communicating the vital role satellites can play in combating some of the global climate challenges world leaders are currently discussing at G7.”