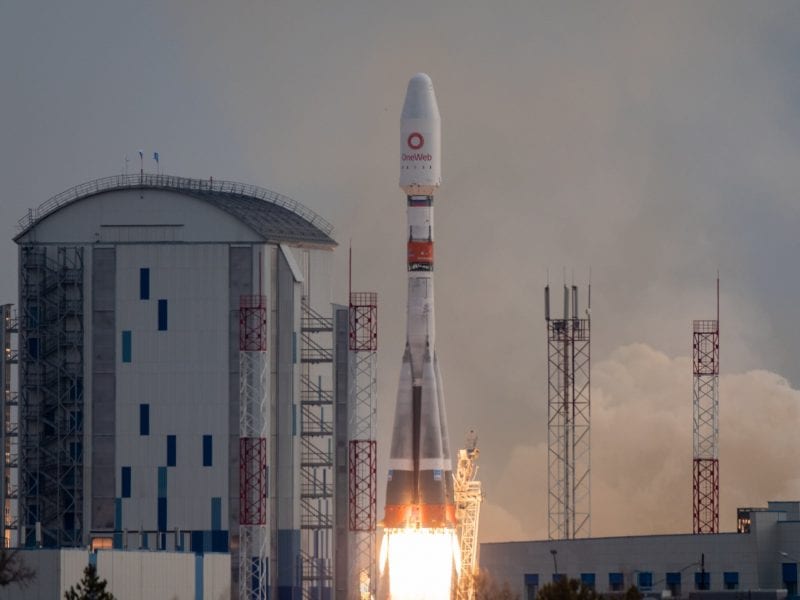 Arianespace launches 36 satellites for OneWeb on April 25, 2021. Photo via Glavkosmos.

OneWeb has seen another 36 satellites successfully launched as it looks to build up its Low-Earth Orbit (LEO) constellation. Arianespace and launch partner Glavkosmos launched the satellites from the Vostochny Cosmodrome in Russia on Sunday, April 25. OneWeb confirmed contact with all 36 satellites on Monday.

This successful launch brings OneWeb’s total in-orbit constellation to 182 satellites. These will form part of OneWeb’s 648 LEO satellite fleet and represents 60% of the constellation required to enable its connectivity solution to reach all regions north of 50 degrees latitude by June 2021.

“With this third successful launch in our ‘5 to 50’ program, we are rapidly building momentum: we are launching more satellites, demonstrating the network and announcing more distribution signings around the globe. We have a world class team and product, and alongside our supportive shareholders, OneWeb continues to work towards bringing connectivity to everyone, everywhere,” Neil Masterson, CEO, OneWeb said in a statement.

Masterson recently appeared at the LEO Digital Forum, where he spoke about OneWeb’s go-to-market strategy of partnering with local telcos and ISPs. He said OneWeb looks to help telcos serve their customers better, and use the telcos knowledge of local users and their price points.

“We think the best way to meet end users and customer needs is by the existing telco industry, Internet Service Provides and so forth. That’s how you maximize your footprint across those end users because you’ll reach many more people and lift them up,” Masterson said.