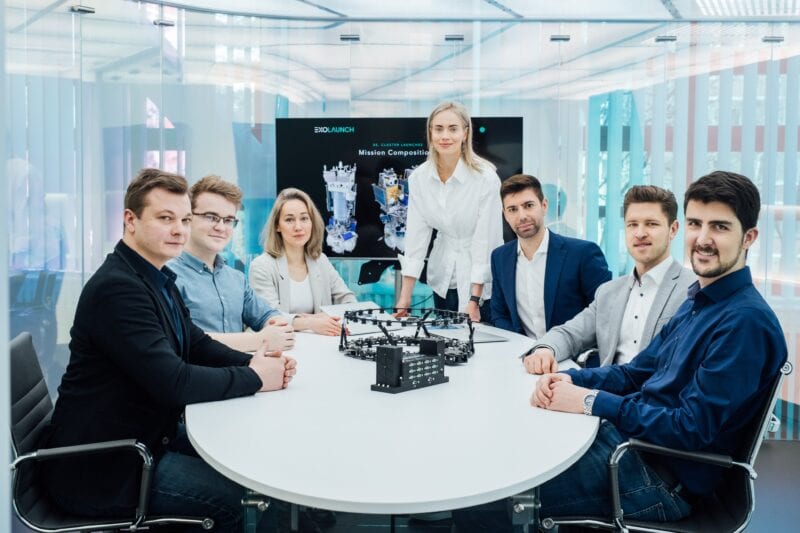 German rideshare provider Exolaunch was a part of SpaceX’s Transporter-1 mission on Sunday, the largest rideshare mission to date, carrying 143 satellites in total. Exolaunch brought 30 satellites along for the flight, including satellites for new and returning customers totaling 500 kilograms of capacity.  Exolaunch integrated satellites for customers including the German Aerospace Center (DLR), Dresden Technical University, NanoAvionics and other commercial companies for Internet of Things (IoT), Earth Observation (EO), and scientific applications.

“This is going to be game-changing and an unprecedented mission for rideshare flights,” Exolaunch vice president of Launch Services Jeanne Medvedeva told Via Satellite before the mission. “On this launch, SpaceX united all major New Space leaders and the payloads on this launcher. It’s kind of quintessential of the New Space actors in general.”

This launch comes after Exolaunch announced a long-term launch agreement with SpaceX in October 2020 to secure capacity on Falcon 9 missions as part of its smallsat rideshare program. Exolaunch is based in Berlin, and all of its hardware is designed, produced, and patented in Germany, but the company is eyeing a U.S. office as it grows its customer base in the U.S. Medvedeva and program manager Connor Jonas recently spoke with Via Satellite about the rideshare provider’s plans for international expansion, and developments in the rideshare market.

VIA SATELLITE: Did you see an increase or decrease in rideshare demand in 2020?

Medvedeva: Demand is growing and the industry is very dynamic. We work in a very competitive and fast environment, and are constantly adapting our technical solutions to the latest needs of our customers. There is a big demand for rideshare in particular. In 2021, we’ll have even more rideshare launches than in 2019 and 2020. We’re also planning additional missions for Falcon 9 later this year. This January launch is just the very beginning of our long-term plans for a number of Falcon 9 launches for small satellites. [Exolaunch] has experienced tremendous growth over the last two or three years. We feel like we are now capable of performing more technically challenging projects. We’ve been proud to arrange launches for most of the New Space industry leaders. We also have a number of big announcements planned over the next few months on our new partnerships.

VIA SATELLITE: How is the demand for rideshare changing?

Jonas: The demand is growing, and I think that’s a combination of more opportunities being available, and also the cost coming down pretty significantly. It’s also changing because the way pricing is done, [which] traditionally has to do with mass. Now, that is not the case. Now we see pricing that has to do with being able to optimize volume. With SpaceX pricing — you purchase a slot, you have 200 kilograms. And if you’re less than 200 kilograms, it doesn’t matter. You still pay the full price. This is where we are able to step in and maximize how we can use the available volume to fill up 200 kilograms It means that there’s space for us as an integrator. SpaceX has very low prices, we’re able to make them even better for each small satellite sharing the port.

Medvedeva: We’re also introducing a number of solutions specifically for Falcon 9 launches. We make our hardware even lighter. Although it is light right now, we make it even lighter and more capable, to be ahead of the market. Specifically, we produce a number of separation systems. For cubesats and microsats, we produce sequencers that generate the command for the separation of small satellites. We will use multi-satellite adapters to place a number of satellites on one port, to reduce the cost for each specific satellite.

It’s going to be a truly exciting year — we’ll see the first flights of a number of vehicles that we’ve been waiting for many years. And this also might change the overall launch landscape with small satellites — this means that the prices might get even lower to get into space. Some specific and exotic orbits might be reached easily. For example, there is more demand for some equatorial launches right now, although not many vehicles are capable of flying there. Having additional launch vehicles in our manifest [will allow us to] be able to cover the whole range of orbits that our customers might think of.

VIA SATELLITE: You recently announced plans to expand into an office in the United States, can you talk about your plans for expansion?

Medvedeva:  Our multi-launch agreement with SpaceX, means that we started a long-term rideshare program with Falcon 9. We need to have our people in the U.S. to simplify the overall integration process to be able to integrate our satellites in a more convenient way for our U.S.-based and Canadian customers. We established the [U.S] company last year, and now we’ll start hiring people. It’s a bit of a slow process due to the travel restrictions, but we are in progress. We’re also looking into certain expansion within Europe, to the countries which have favorable conditions for New Space companies. It’s under internal discussions right now.

VIA SATELLITE: What is Exolaunch working on in Research and Development?

Jonas:  We’re one of the only companies in the space we occupy that designs and manufactures all of our own hardware, everything that our customer needs to launch on these different launch vehicles. Right now, we have two varieties of cubesat deployers, which each have different configurations. We have our CarboNIX separation system for microsats, and we have our sequencer, which allows us to take a single separation signal from the launch vehicle and deploy an entire cluster with that. We also have our multi-port adapters, which let us mount multiple satellites on a single port.

The continuing R&D in all of those is to expand their capability, make them lighter, and make them come faster to market, because one of the big demands that we have from our customers is to be more responsive. They don’t want to book two years in advance, they don’t want to book a slot one year in advance, they want to book six months in advance or less. We need to be able to supply that to meet that demand. We’re scaling our CarboNIX system up and down so that we can have larger and smaller microsatellites, so that we can meet [the needs of] the large variety of microsatellites that are out there.

VIA SATELLITE: What are emerging rideshare trends for not only 2021, but beyond? Let’s say in the next five or so years.

Jonas: Our customers are more demanding for us to be flexible. That means that they want to have the possibility to rebook [in case of delays]. For us, that doesn’t just mean being able to offer them opportunities, but also helping them from the beginning to have that flexibility throughout their whole mission. That means testing: the amount of tests we do, the types of tests, and how quickly we can respond and perform new tests. To be able to offer these things is something that we’re going see more of in 2021.

Medvedeva: We see some specific trends — for example, more interest in Geostationary Transfer Orbit (GTO) and GEO (Geostationary) missions from our smallsat customers. A few years ago, there were just very brief discussions about these types of missions. But now we have more requests and more interest, and we are working in this field. There is the demand for specific orbits — Equatorial Orbit is of interest from a lot of our customers right now. SpaceX completely changed the paradigm that mass is the cost driver for the mission. Now all satellites are getting heavier and even bigger — they don’t really care much about the mass. This is also good, it means that the satellites will most likely be more capable, and the launch costs will be pretty low.

We see a very good frequency of launches right now. In the past, the delay could be endless and the smallsats didn’t have any chance to get it into orbit on time and on budget. Now, there are a lot of opportunities to fly the payload to go into space, and we see that there will be more and more missions. Customers now have a variety of choice of launch opportunities.