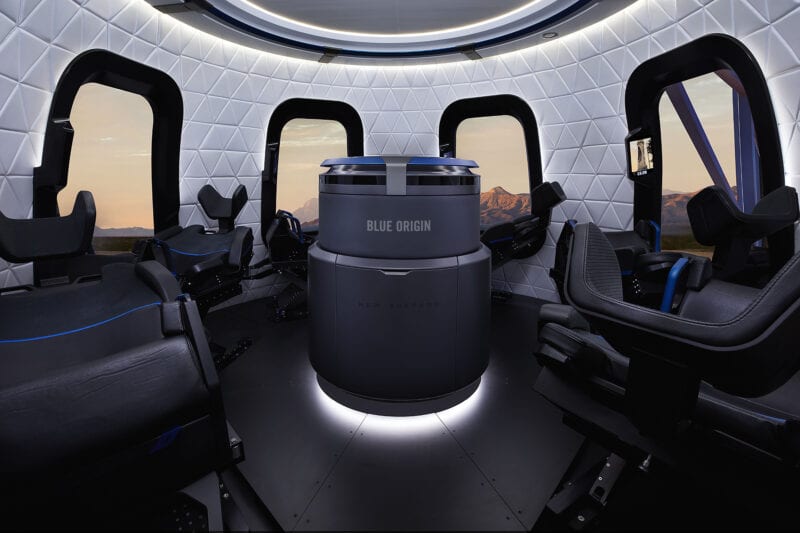 There were no crew on this mission, but the six-seat crew capsule featured upgrades as the New Shepard program prepares for human spaceflight. Upgrades included speakers in the cabin with push-to-talk button at each seat so astronauts can continuously talk to mission control, and a crew alert system to relay messages to passengers.

The last New Shepard launch prior to Thursday’s mission was NS-13 in October 2020.