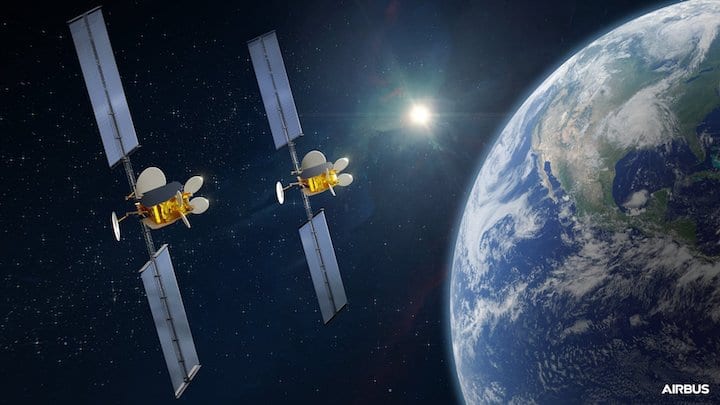 Last year, Airbus had the target of selling three of its new flexible OneSat satellites to customers around the world. Between January 1st 2020 and December 30th 2020, it had only sold one and was in danger of missing a key target. But on Dec 31, Airbus signed a two-satellite deal with Intelsat, hitting its target literally with hours to spare.

The satellites are likely to be launched in 2024, Jean-Marc Nasr, head of Airbus Space Systems, said conference call with journalists after the order was announced on Jan. 8.

Nasr was confident about the state of the satellite market today. He said the number of Geostationary (GEO) satellite orders in 2020 didn’t take a dip that could have been expected due to COVID. He said companies weren’t questioning investments and pulling out, and the pipeline for satellite orders remained stable and robust. Nasr is also confident there will be more deals signed in 2021, and that the market is not going to take any kind of significant dip. “My impression is that the GEO market is not going to slow down,” Nasr said.

Even though though these satellites ordered previously are a couple of years away from launching, Nasr expects Airbus to sign potentially another three OneSat orders in 2021, and said there is “real traction’ for the OneSat product range.