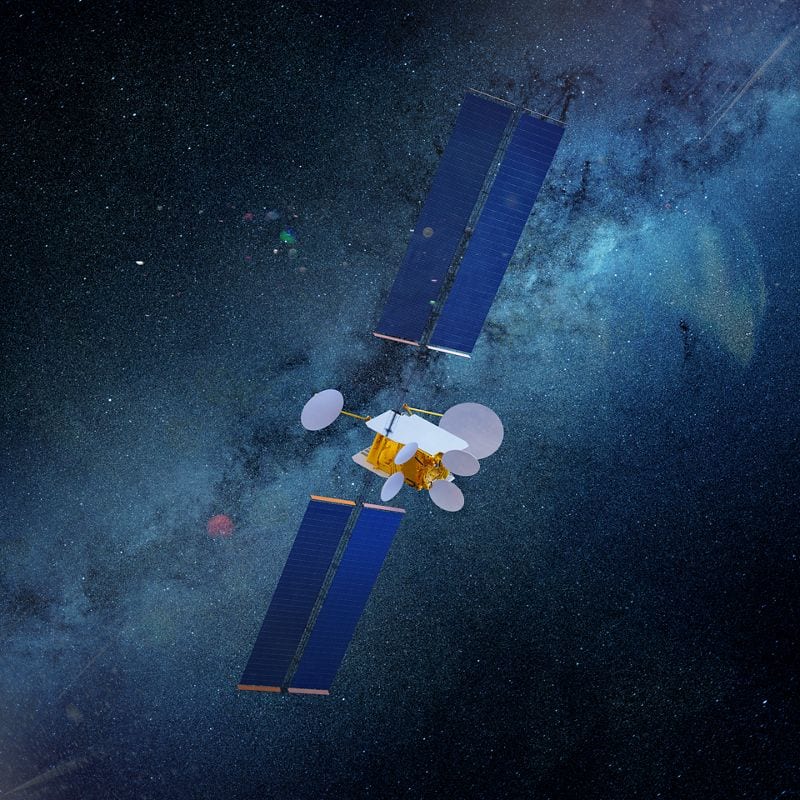 A rendering of Airbus OneSat for Optus. Photo: Airbus

Australian telco Optus made a major announcement last month when it confirmed a contract with Airbus Defence and Space for a OneSat software-defined satellite. Optus 11 will be deployed for Australia and New Zealand in 2023 at the current Optus D1 orbital location of 160 degrees East.

“Using a software defined and Very High Throughput Satellite (VHTS) satellite will give us the capability and flexibility to beam shape and form, plus move capacity anywhere within the Optus 11 footprint. We are not set and forget. If a broadcast customer contract finishes, or they no longer require broadcast video delivery, we can turn that capacity into VHTS broadband,” he says. “We see this ability to transform broadcast video capacity into broadband IP capacity as truly transformational.”

White said cybersecurity is an important element of the new satellite and is required for any network in this day and age. As a leading telco, he said Optus has proficient cybersecurity processes and implementations, in part due to the fact that it also operates significant mobile and fixed networks for over 10 million end users daily. The ground system Tracking, Telemetry and Control (TT&C) software and applications all come with tight secure cybersecurity packages to ensure safe operations.

While Optus recognizes that this is a challenging time for many businesses, White believes mobility industries will have returned to a capacity growth trajectory by the time Optus 11 launches in 2023. “Connectivity to keep people and businesses informed is so important no matter where you are, and demand will only continue to increase post COVID-19,” he said.

White reports Optus has experienced little to no impact operating its satellites or customer networks during the pandemic, and Optus has seen some customers increase their data usage. The telco expects diversified growth in 2020 as it builds towards the significant capability differentiation of Optus 11.

Australia is showing growth in its space industry with the recent plans for the Australian Space Agency Mission Control Center, Prime Minister Scott Morrison announcement of $7 billion Australian dollars ($5 billion) for defense spending in space, and Geoscience Australia’s development of a Satellite-Based Augmentation System (SBAS) known as the Southern Positioning Augmentation Network (SPAN). White says it is fantastic to see partnerships and developments building toward a bigger and brighter future in space.

“Our announcement underlines this fact as it will bring some of the world’s latest advancements in space down under, opening opportunities for further development and growth across the region. Optus is pleased to be part of the burgeoning space industry, having done so over the last 30 years,” he said. “As Australia grows in the space industry … the role of satellite communications is at the forefront of technology in Australia.”