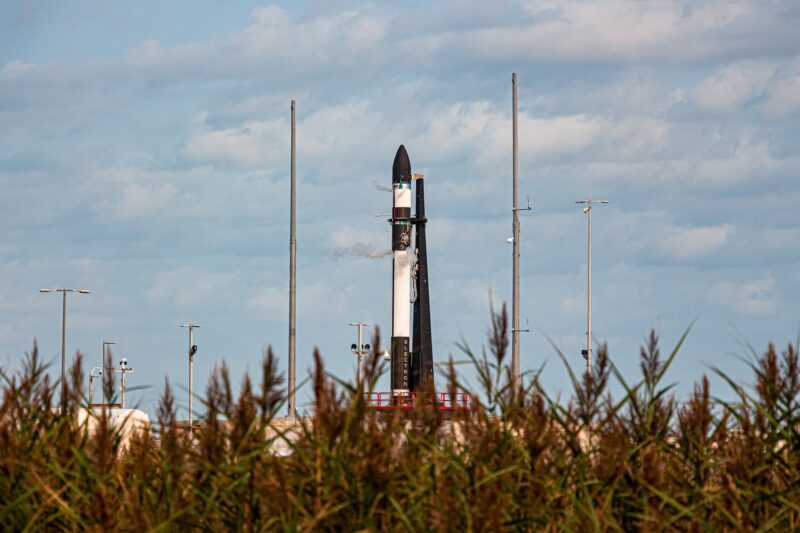 Rocket Lab has completed its final dress rehearsal from Launch Complex 2 (LC-2) at the Mid-Atlantic Regional Spaceport in Wallops Island, Virginia. The smallsat launcher is now ready for its first launch from U.S. soil, a dedicated launch for the U.S. Space Force. Rocket Lab said that operating two launch complexes will create 130 launch opportunities each year.

According to a Sept. 17 announcement, the Electron launch vehicle was rolled out to the pad, raised vertical and filled with high grade kerosene and liquid oxygen to verify fueling procedures in the wet dress rehearsal. The launch team then flowed through the integrated countdown to T-0 just as they will on launch day. A launch window has not been set yet because NASA is conducting the final development and certification of its Autonomous Flight Termination System (AFTS) software for the mission.

“Responsive launch is the key to resilience in space and this is what Launch Complex 2 enables,” said Peter Beck, Rocket Lab founder and Chief Executive. “All satellites are vulnerable, be it from accidental or deliberate actions. By operating a proven launch vehicle from two launch sites on opposite sides of the world, Rocket Lab delivers unmatched flexibility and responsiveness for the defense and national security community to quickly replace any disabled satellite.”

In addition, Rocket Lab also announced it is is finishing up construction on its Integration and Control Facility (ICF) within the Wallops Research Park. The facilities houses a launch control center, payload integration facilities, and a vehicle integration department.