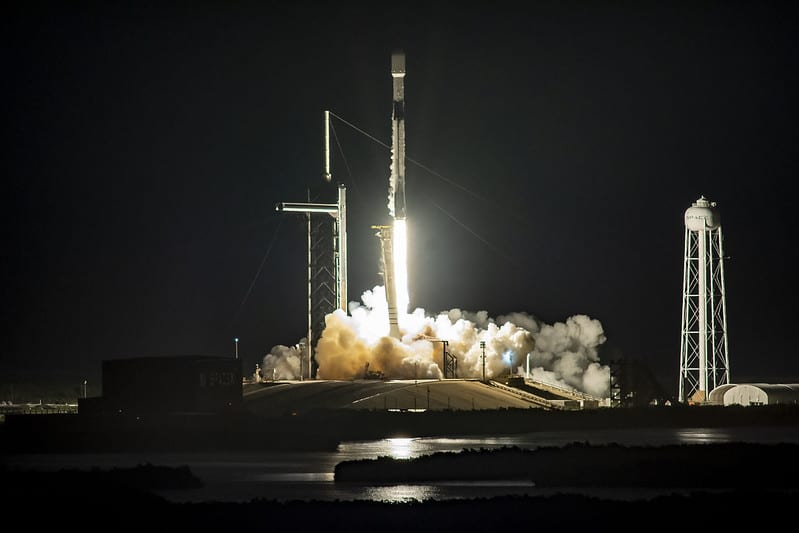 SpaceX launched a batch of 57 Starlink satellites with two BlackSky Earth Observation (EO) satellites along for the ride on Friday, August 7 at 1:12 a.m. EDT from Launch Complex 39A at Kennedy Space Center in Florida. The launch was originally scheduled for late June and was delayed a number of times and scrubbed twice due to weather and a technical issue.

Falcon 9’s first stage landed on the “Of Course I Still Love You” droneship stationed in the Atlantic Ocean. The BlackSky spacecraft deployed sequentially about one hour after liftoff, and the Starlink satellites deployed approximately one hour and 33 minutes after liftoff.

The two BlackSky rideshare satellites are the fifth and sixth of the company’s ongoing EO constellation program. BlackSky is hoping to have six more of its satellites launched this year as it works toward a constellation of 24 satellites, BlackSky CTO Scott Herman said in a recent interview with Via Satellite. Herman said BlackSky is working to build up its constellation in order to increase its revisit rate to provide customers with global monitoring.

“We talk about building a constellation of 16 to 24 as a minimum capability over the next year or two, but we can go well beyond that if it turns out that there’s sufficient customer demand,” Herman said. “Part of the value of going with smallsats is it gives us a throttle. We can build more, we can build less … and adjust to what we see in terms of customer demand.”

The 50 kg satellites are the first two satellites fully manufactured from Leostella’s production line in Tukwila, Washington. Spaceflight organized the rideshare, marking its first Starlink rideshare mission. In addition to securing capacity aboard the vehicle, Spaceflight designed the adapters and harnessing, and executed the integration of the rideshare payloads.

This was SpaceX’s tenth Starlink mission, and the seventh this year. As SpaceX increases the number of Starlink in the sky, it has begun taking beta testing applications for its high-speed internet service. Last month, SpaceX’s Vice President of Starlink and Commercial Sales Jonathan Hofeller joined Via Satellite for a webinar, sharing that friends and family trials are underway, and SpaceX looks to begin commercial service in the next couple of months in the northern part of the United States, expanding across the world after.