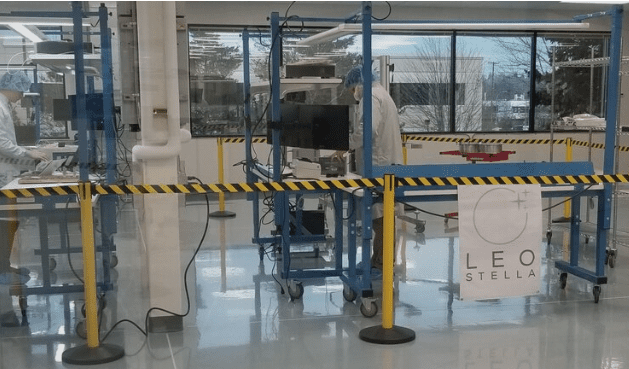 LeoStella reports that it has delivered the first two satellites fully manufactured from its production line. The satellites are the fifth and sixth of an ongoing Earth Observation (EO) constellation program for BlackSky.

The satellites weigh approximately 50 kg and are designed to be operated in a variety of Low-Earth Orbit (LEO) altitudes and inclinations.The satellites were delivered to the launch facility on June 1, 2020 and have been prepared for an upcoming SpaceX launch from Kennedy Space Center in Florida. LeoStella will be manufacturing 20 satellites for the BlackSky constellation.

LeoStella says its intelligent manufacturing facility, which opened in Tukwila, Washington in 2019, is the first of its kind. The factory is a fully digital and networked environment that includes intelligent workstations, connected tools, automated test equipment, statistical process control, embedded product assurance, and a custom Manufacturing Resource Planning (MRP) backbone that manages and tracks all activities. The company said the production facility was designed change the way satellites and constellations are produced, and to minimize costs and reduce development and manufacturing time.

“Successful delivery of these two BlackSky satellites marks another major milestone in LeoStella’s promise of rapid, low-cost, high-performance satellite constellations,” said Mike Hettich, LeoStella CEO. “In a short time, we have created the designs, infrastructure, tools, and processes that enable constellation production at scale. Delivery of these satellites provides an important validation of our approach.”