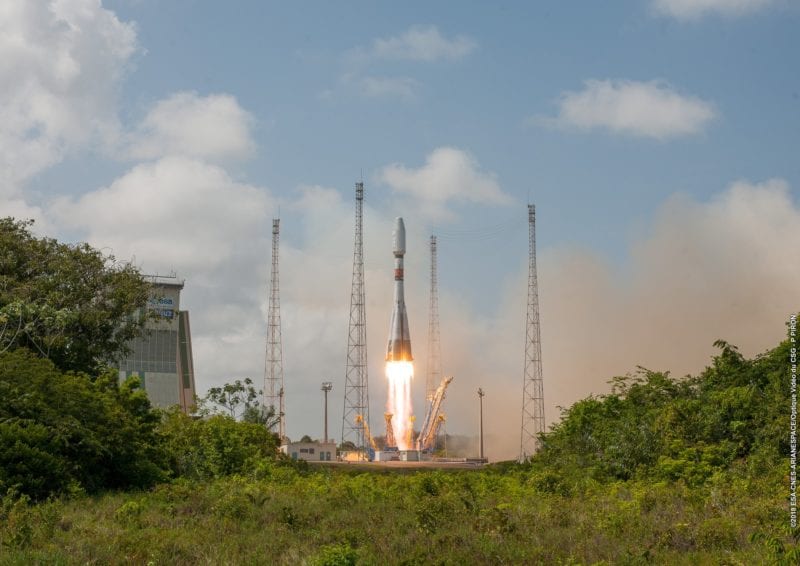 Launch campaigns at the Guiana Space Center (CSG) in French Guiana have been suspended because of Covid-19, and the need to fully implement the measures from the French government, Arianespace announced Monday.

Arianespace was set to launch its first dedicated rideshare mission on its Vega launch vehicle, VV16, late this month. According to Spaceflight, the mission was planned to launch 53 microsatellites, nanosatellites and cubesats, including 28 payloads from Spaceflight customers including Satellogic, Planet, and Swarm Technologies.

Arianespace, the French space agency CNES and all companies involved at CSG are working place launchers and satellites in safe standby condition. The groups intend to resume launch preparations as health conditions allow.

“This exceptional measure is designed to protect the health of employees and the local population, while also maintaining the security needed to prepare for scheduled launches,” Arianespace said in a news release.

Separately, the European Space Agency (ESA) has preordered four launches using the Ariane 6 rocket, Arianespace announced last week. The launches are planned to start in January 2022, and will orbit eight satellites from Batch 3 to support the final deployment of the Galileo constellation and the replacement of certain satellites.