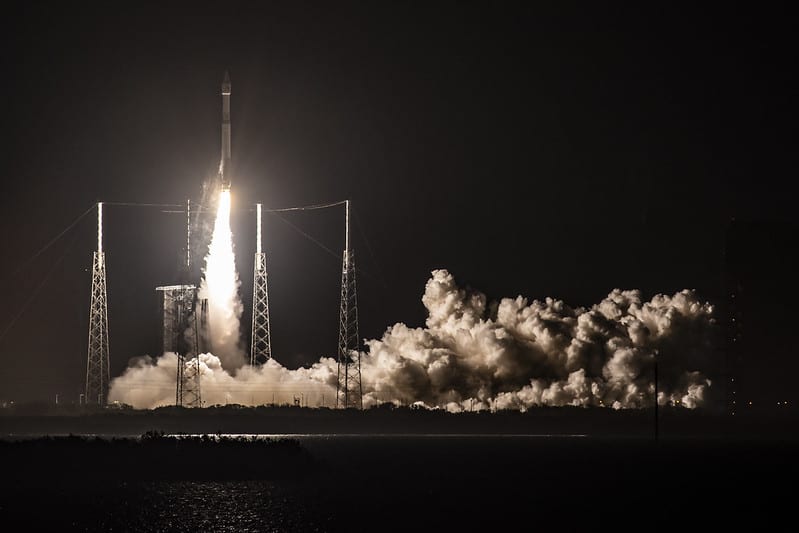 A United Launch Alliance (ULA) Atlas V rocket carrying the Solar Orbiter lifted off from Space Launch Complex-41 in Cape Canaveral, Florida, on Sunday at 11:03 p.m. EST. Solar Orbiter is a joint mission between the European Space Agency (ESA) and NASA to study the Sun. At 12:24 a.m. Monday, mission controllers at the ESA Centre in Darmstadt, Germany, received a signal indicating that the spacecraft’s solar panels had successfully deployed.

Solar Orbiter, built by Airbus, will work closely with NASA’s Parker Solar Probe, which was launched by ULA on a Delta IV Heavy rocket in 2018. Together, both spacecraft will provide a never-before-seen global view of the sun. The Solar Orbiter trajectory includes 22 close approaches to the Sun, bringing the spacecraft within the orbit of Mercury to study the Sun and its influence on space.

“As humans, we have always been familiar with the importance of the Sun to life on Earth, observing it and investigating how it works in detail, but we have also long known it has the potential to disrupt everyday life should we be in the firing line of a powerful solar storm,” said Günther Hasinger, ESA director of Science. “By the end of our Solar Orbiter mission, we will know more about the hidden force responsible for the Sun’s changing behavior and its influence on our home planet than ever before.”