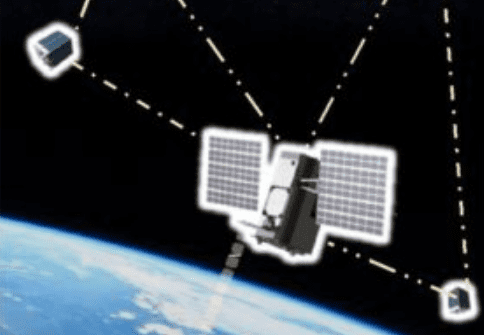 Tethers Unlimited (TUI) has delivered what it calls the first mesh network inter-satellite crosslink solution for small satellites. The SWIFT-LINQ network is a software app that runs on TUI’s SWIFT flight-heritage software defined radios to connect satellite constellations, clusters, and formations together with a resilient, adaptable mesh network. The app was delivered to a confidential customer and loaded on three S-band SWIFT radios that will fly on a trio of small satellites scheduled for launch in 2020.

The company says that SWIFT-LINQ supports standard TCP/IP protocols to enable seamless data transfer between satellites. Satellites connected via SWIFT-LINQ can share resources and data. TUI says this empowers groups of low-cost small satellites to perform missions that in the past would have required large, expensive satellites.

“Now that the SWIFT Software Defined Radio is mature and demonstrated on orbit, we are building out a family of ‘apps’ that will increase the utility of the platform to satellite operators as well as enable us to roll out new services for resilient, secure, and efficient satellite communications,” TUI CEO Dr. Rob Hoyt said. “The recently-delivered solution will connect three satellites into a mesh network with data transfer at rates of 48 kbps, and work is underway to enable future SWIFT-LINQ systems to network together hundreds of satellites, UAVs, and ground systems.”