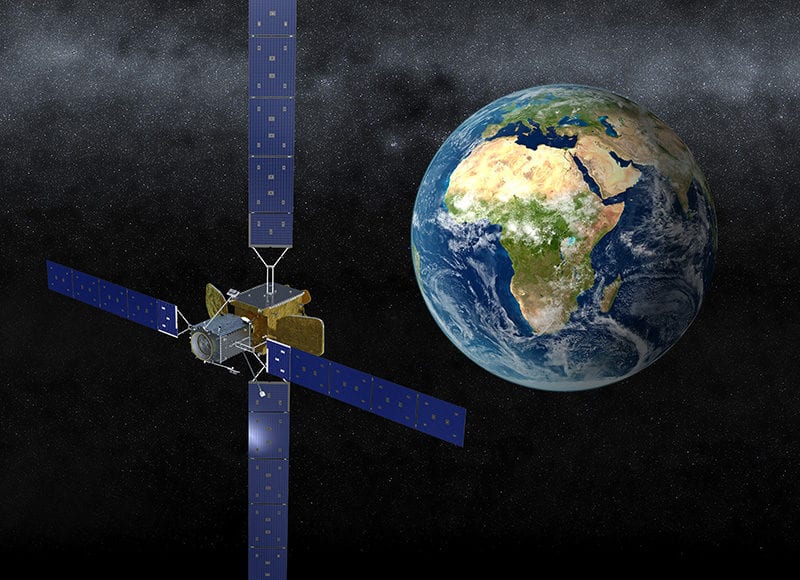 MEV-1 will dock to client vehicles in Geosynchronous Orbit (GEO) to provide attitude and orbit control of the combined vehicle stack. MEV-1 has the ability to dock and undock several times during its 15 year design life, allowing it to service multiple customers. SpaceLogistics was contracted by Intelsat to extend the life of the Intelsat 901 satellite for five years using the MEV-1. Following the MEV-1 launch, a Northrop Grumman spokesperson told Via Satellite that the companies are targeting late January for a docking between MEV-1 and Intelsat 901.

“MEV-1 will be providing life extension services for Intelsat 901 which will replace one of our other end of life satellite assets, deferring the need to procure a new satellite,” Intelsat CEO Stephen Spengler said at the SATELLITE conference in 2018 shortly after the initial MEV contract was announced. “We also have the option to transfer the service to another satellite in our fleet if needed. This flexibility is critical to our overall fleet management plan moving forward.”

“The launch and eventual docking of MEV-1, the industry’s first life extension vehicle, demonstrates Northrop Grumman’s and SpaceLogistics’ ability to innovate and deliver game changing technology. We are proud to have partnered with the ILS and Eutelsat teams who worked long and hard to ensure mission success,’ said Tom Wilson, President, SpaceLogistics. “MEV-1 marks the first step towards introducing even more advanced on-orbit servicing capabilities and services for our customers.”

A second MEV, called MEV-2, is a ‘build to print’ of MEV-1 which allows Northrop to reduce its build schedule to just 26 months or less. MEV-2 is expected to launch in 2020. Both MEV spacecraft will undock and have about 10 years’ worth of fuel. MEV-2 will also be providing a five-year life extension to another satellite in Intelsat’s fleet starting in the second half of 2020.

The MEV project was nearly a decade in the making, originating back to a spacecraft concept proposed in 2010 by a 50/50 joint venture between Northrop (formerly ATK and then Orbital ATK) and U.S. Space named ViviSat.  The joint venture was dissolved in April 2016, but continued on as a solo-project at ATK and then Northrop Grumman, when it purchased ATK in 2018.

The MEV-1 is based on the GeoStar-3 platform. Operators at the Northrop Grumman operations center in Dulles, Virginia acquired the spacecraft’s first telemetry from orbit shortly after successful launch and separation. The reservicing spacecraft is the first SpaceLogistics satellite launched on an ILS Proton. It was also the second ILS dual launch, and the first dual launch with two commercial satellites. The second satellite launched on the ILS mission was Eutelsat‘s EUTELSAT 5 West B, which was also manufactured by Northrop Grumman.