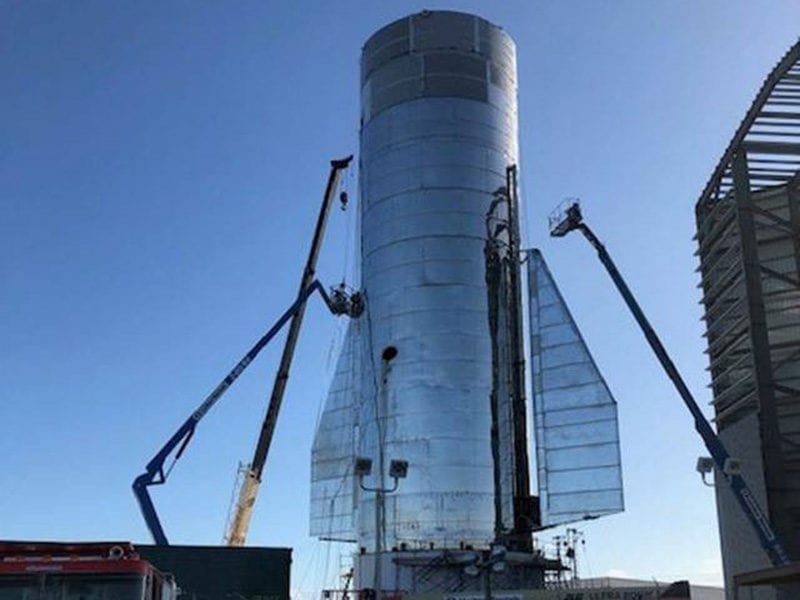 Members of SpaceX’s team in Texas use cranes to add rear moving fins to the Starship Mk1 prototype. Photo: Elon Musk via Twitter/GeekWire

SpaceX CEO Elon Musk is talking up his Starship Mk1 prototype super-rocket in Texas, less than a week in advance of an eagerly awaited update on his plans for Starship trips to the moon, Mars and beyond.

Today’s sneak preview came in a flurry of tweets addressing some of the finer design points for Starship Mk1, which looks like a silvery silo equipped with rocket fins as it sits at SpaceX’s Boca Chica facility in South Texas. The 30-foot-wide, roughly 150-foot-tall prototype — and a similar Mk2 structure taking shape at SpaceX’s site in Florida — are meant to blaze a trail for an even bigger two-stage rocket, with the pointy-ended Starship sitting atop a Super Heavy first-stage booster.