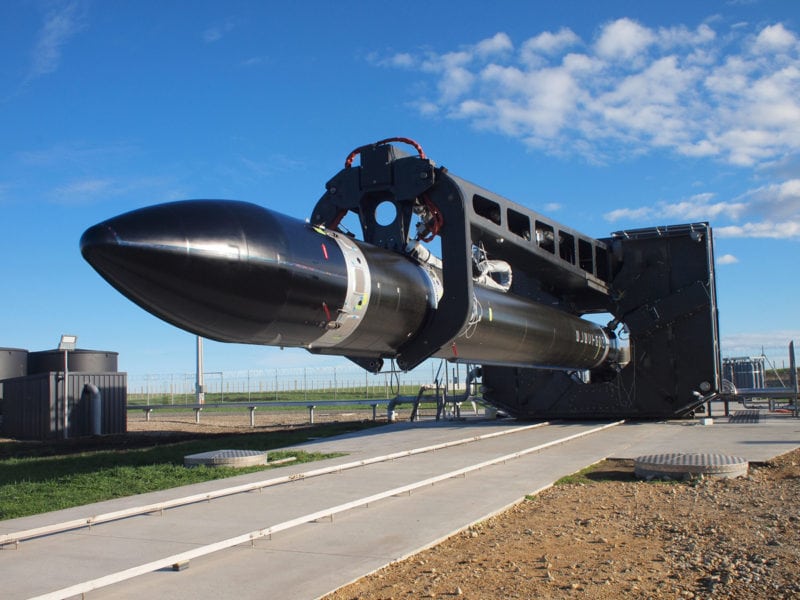 Rocket Lab and Virginia Space at the Mid-Atlantic Regional Spaceport (MARS) completed a major construction milestone ahead of the first Electron launch from U.S. soil. The recent installation of the launch platform at Rocket Lab’s second launch site, Launch Complex 2, marks one of the final steps in the construction of the new pad being built by the Rocket Lab and Virginia Space teams.

Construction on Launch Complex 2, located at the Mid-Atlantic Regional Spaceport (MARS) on Wallops Island, Virginia, began in February 2019.  The launch site largely mirrors Rocket Lab’s first launch location, Launch Complex 1 in New Zealand. In the coming weeks, work will focus on final build and integration of various launch pad systems that will process, load propellant into, and launch Electron. The final step in the completion of the site is integration and test activities, which is expected to be complete by December 2019. Once the site is complete, work begins on testing, commissioning, and integration at the launch site in preparation for the first Electron launch from U.S. soil in early 2020.

Rocket Lab’s Vice President of Launch Shaun D’Mello says the completion of the launch platform is a significant step in enabling Electron launch from U.S. soil. “I’m immensely proud of the Rocket Lab team here at Launch Complex 2 and continuously impressed by the drive and dedication of the Virginia Space, MARS, and NASA teams, as well as our many local suppliers, as we’ve worked together to build a launch site in record time. We’re now entering an exciting period of testing and commissioning to get Launch Complex 2 ready for its first Electron launch in early 2020,” said D’Mello.