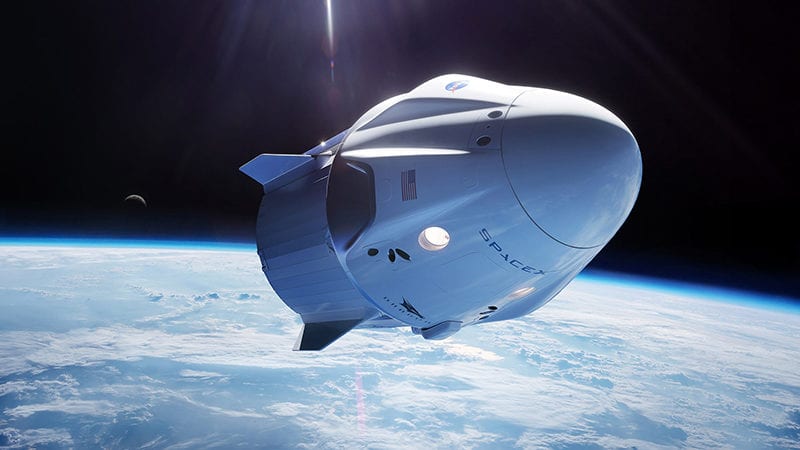 The Dragon Capsule. Photo by SpaceX

SpaceX‘s Dragon capsule has become the first U.S. spacecraft to successfully complete three trips to the International Space Station (ISS). Earlier this week, the California-based launch company safely landed its Dragon capsule in the Pacific Ocean and recovered the craft with approximately 2,700 pounds of return cargo.

The Dragon capsule had been docked with ISS for a month, delivering more than 5,000 pounds of science and research equipment and resources to ISS. On-board crew returned the capsule with a CIMON robot equipped with in-space smart speaker capabilities.

SpaceX next major milestone is a mission that has been in the works for more than a decade. The launch of the “Crew” version of the Dragon capsule, if successful, will return U.S. astronauts to space on a U.S.-built launch vehicle — a feat that has not happened since the retirement of the Space Shuttle. The crewed Dragon mission is scheduled for late 2019 / early 2020.