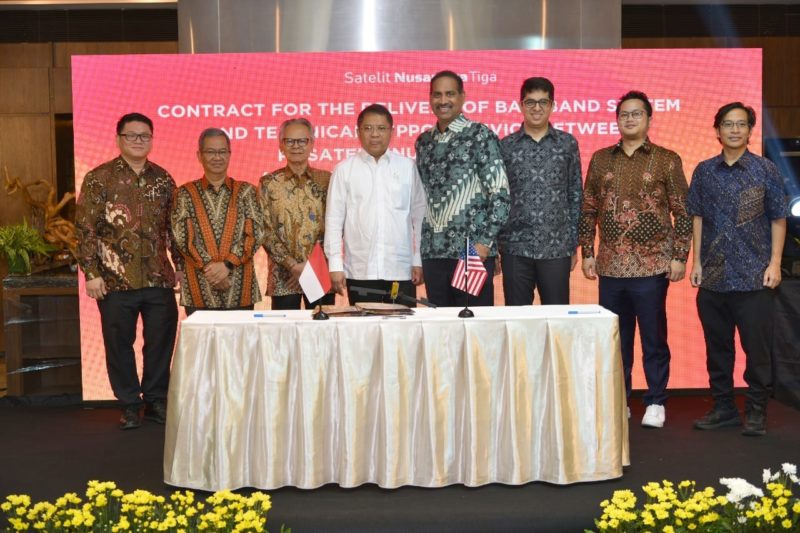 Hughes Network Systems‘ Jupiter System was chosen as the ground network platform for a new satellite over Indonesia. The contract for construction and operation of the 150 Gigabits Per Second (Gbps) “Multifunctional Satellite” has been awarded by the Government of Indonesia, through its Ministry of Communication and Informatics, to the PSN Consortium led by PT Pasifik Satelit Nusantara (PSN), the first private satellite telecommunication and information service provider in Indonesia. Hughes will provide the ground system to enable broadband satellite connectivity across the island nation.

“As a national satellite company, PSN is very proud and grateful for the full trust placed in us to provide such key infrastructure for the development of Indonesia, and we hope this network will make the Internet accessible to all Indonesians wherever they are in the Archipelago,” said Adi Rahman Adiwoso, chief executive officer at PSN, speaking on behalf of the PSN Consortium. “As a customer of Hughes for many years, we know first-hand the capabilities of the Jupiter System and that it is the right solution for this nationally important project.”

“It is all but impossible to provide terrestrial connectivity across Indonesia and its thousands of islands,” said Ramesh Ramaswamy, senior vice president and general manager, International Division at Hughes. “The Multifunctional Satellite operating with the Hughes Jupiter System will accelerate the closing of the digital divide for all of Indonesia, and we are proud to be a part of this important effort with our longstanding customer PSN and their partners in the PSN Consortium.”