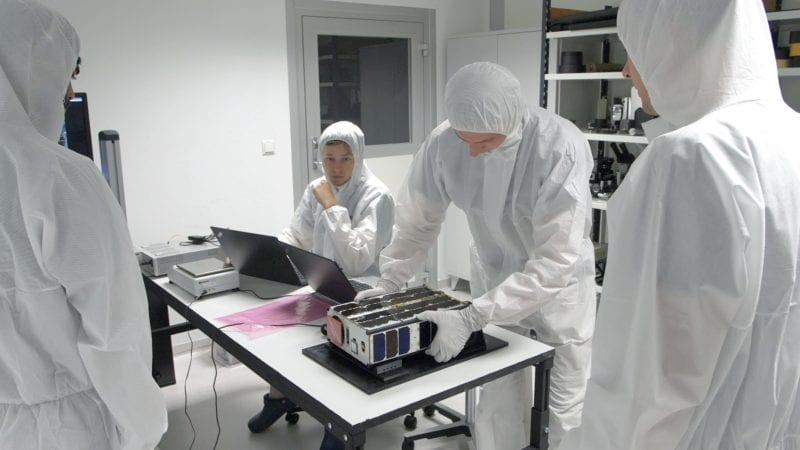 The Indian Space Research Organization (ISRO) will launch two orbital missions based on the NanoAvionics M6P nanosatellite bus. Among the features of the M6P bus is a pre-integrated design that aims to shortes development cycles. In addition, NanoAvionics’ ridesharing program helps customers conduct technology demonstration missions at a fraction of the time and cost of a dedicated space mission.

The first satellite, “BlueWalker 1,” is the first of a series of satellites for AST and Science, to be used for testing the company’s patented technologies in space. The two companies are partnering to take advantage of NanoAvionics’ buses, power systems and services for this and subsequent AST & Science missions in the coming months. The second nano-satellite “M6P” is a ride-share mission which will host payloads from two Internet of Things (IoT) communications companies. SpaceWorks Orbital and Lacuna Space are each developing satellite-based communications systems for a new generation of low-power IoT devices.

“BlueWalker 1” and “M6P” are manifested on the ISRO PSLV-C45 mission. When the PSLV-C45 launches from the ISRO’s Satish Dhawan Space Center in April 2019, it will deploy the nano-satellites into 500-kilometer polar orbits. NanoAvionics will operate both satellites for the duration of their missions.