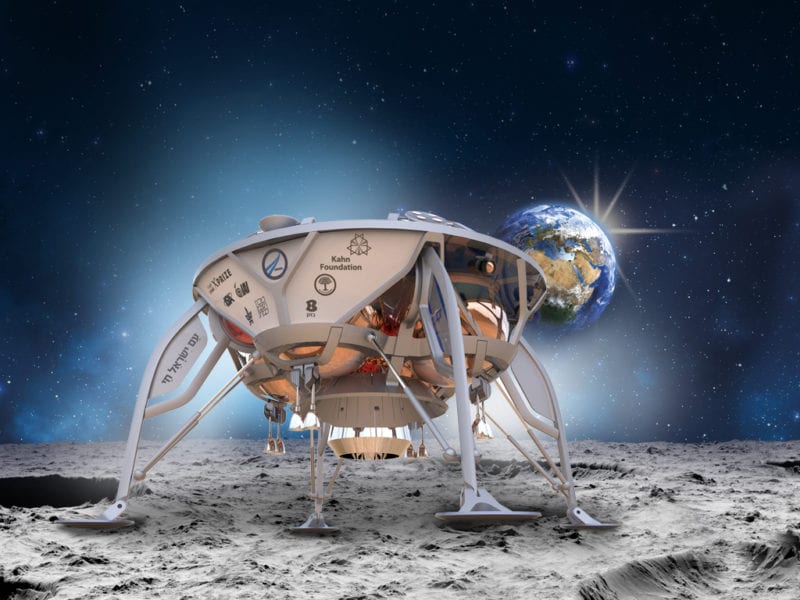 Spaceflight revealed that it will launch two payloads on its first rideshare mission to Geosynchronous Transfer Orbit (GTO). The mission is scheduled for no earlier than mid-February 2019 aboard a SpaceX Falcon 9 launching from Launch Complex 40 at Cape Canaveral Air Force Station, Florida.

The primary payload on the mission is a telecommunications satellite for the South East Asia region. It was built by SSL, a Maxar Technologies company, which also procured the launch vehicle. Spaceflight will manage the launch of the two secondary payloads, Israeli non-profit SpaceIL’s lunar lander, and the U.S. Air Force Research Lab’s (AFRL) experimental small satellite, S5.

This will be Spaceflight’s first mission beyond Lower Earth Orbit (LEO) and its first combined launch with SSL. In addition to securing capacity aboard the launch vehicle, Spaceflight is handling all the mission management and integration services for the lunar lander, called Beresheet, and AFRL’s spacecraft. This includes a multitude of services, from the unique aspects of pre-launch design, assembly, and integration to the final analysis and testing of the architecture before the spacecraft are encapsulated into the rocket.