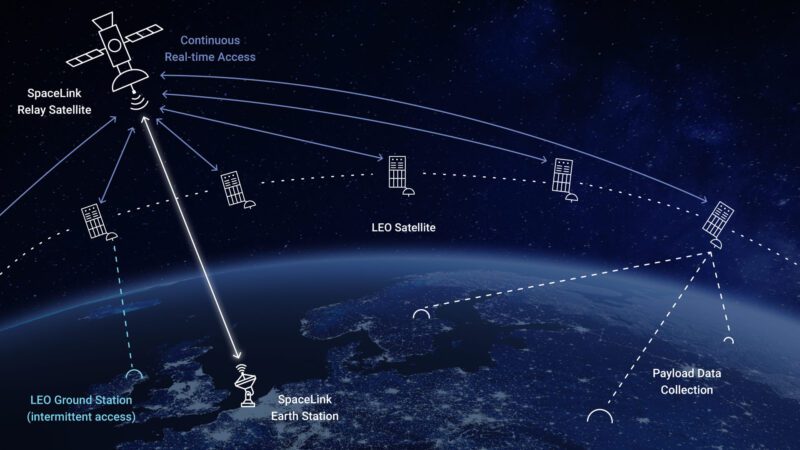 A SpaceLink Network Diagram (by SpaceLink)

SpaceLink will demonstrate its space-to-ground, end-to-end communications relay service for the Center for the Advancement of Science in Space (CASIS) under a new research contract awarded to the company on July 28.

SpaceLink said its relay network is designed to pick up where NASA‘s Tracking and Data Relay Satellite System (TDRSS) leaves off and go beyond with capacity that leverages optical technology. During its demonstration for CASIS, SpaceLink will attempt to validate the use of a 10 gigabit per second optical terminal, for real-time voice, video, and data exchange between ISS crew, onboard systems, experiments, and terrestrial users.

“Our demonstration on the ISS is the first step to proving SpaceLink’s capabilities to advance space science and the emerging space economy,” said SpaceLink CEO David Bettinger. “Funding from CASIS marks an important milestone in SpaceLink’s roadmap to providing massive bandwidth for organizations that need real-time connectivity between space and the ground.”

Financial details of the award were not disclosed. SpaceLink expects to complete a fully executed agreement with program schedule and milestone deliverables in the coming months.