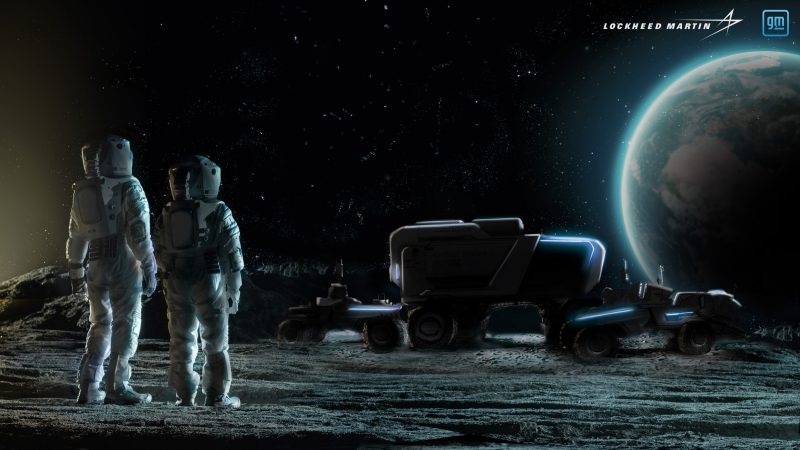 A new generation of lunar rovers under development by Lockheed Martin and GM could be used by Artemis astronauts to extend and enhance the exploration of the surface of the Moon. Photo: Lockheed Martin/GM

Lockheed Martin and General Motors are working together to develop lunar rovers that could be used to help astronauts explore the surface of the Moon. The companies said the collaboration, announced May 26, will support NASA’s Artemis program which is working to send humans back to the Moon.

NASA has previously asked for commercial feedback on developing a Lunar Terrain Vehicle (LTV), but has not announced a specific contract award. Lockheed Martin and General Motors did not disclose if there is a contract attached to this collaboration.

“Surface mobility is critical to enable and sustain long-term exploration of the lunar surface. These next-generation rovers will dramatically extend the range of astronauts as they perform high-priority science investigation on the Moon that will ultimately impact humanity’s understanding of our place in the solar system,” Rick Ambrose, executive vice president of Lockheed Martin Space, commented

GM has a history of working with NASA and manufactured the inertial guidance and navigation systems for the entire Apollo Moon program. GM also helped develop the electric Apollo LRV that was used on Apollo’s 15-17 missions.

“In order to have a sustained presence at the moon, we’re going to need mobility. It’s going to be a critical piece of that infrastructure, and it’s also going to take aerospace companies and non aerospace companies working together to build that infrastructure,” Lisa Callahan, Lockheed Martin vice president and general manager of Commercial Civil Space said during an online press conference Wednesday. “GM is making billions of dollars in investments in battery technology and autonomy. We’re really excited about this partnership, and pairing that with our expertise and building deep space robotic and human spacecraft.