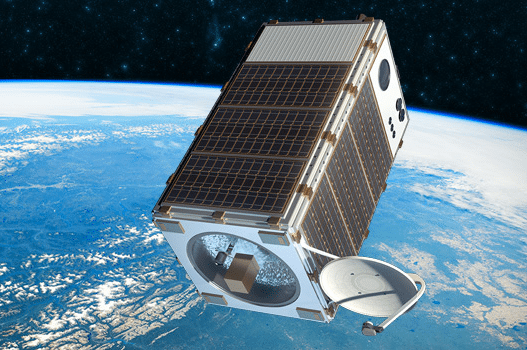 The Environmental Defense Fund (EDF) announced plans to develop and launch a new satellite purpose-built to identify and measure methane emissions from human-made sources worldwide, starting with the oil and gas industry. Data from MethaneSat is intended to give both countries and companies data to spot problem areas, identify savings opportunities, and measure their progress over time.

MethaneSat is part of the inaugural round of the Audacious Project, a group of “world-changing ideas” for which a coalition of philanthropists has contributed and helped raise $400 million and counting.

Methane is a powerful greenhouse gas; emissions from human activities are responsible for a quarter of the warming the Earth is experiencing, according to EDF. The oil and gas industry is one of the leading sources of human-made emissions, releasing an estimated 75 million metric tons of methane into the atmosphere each year — enough gas to generate electricity for all of Africa twice over.

The International Energy Agency estimates the industry can feasibly reduce its worldwide emissions by 75 percent, and that up to two-thirds of those reductions can be achieved at zero net cost.

“Years of data gathered by Earth-bound researchers confirm that the oil and gas industry has a serious methane issue. We also know that it’s possible to solve it, and some companies are starting to,” said Mark Brownstein, EDF senior vice president for climate and energy. “But the pace today doesn’t match the size of the problem. We need to go much farther, much faster. Data from MethaneSat will give everyone involved a crucial tool to accelerate the process.”