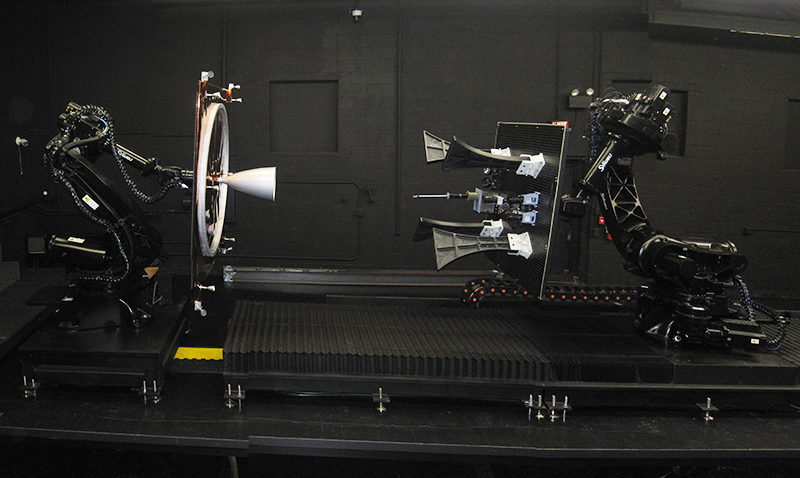 What does the future of satellite servicing look like? In this exclusive audio interview, we tackle that question with Orbital ATK’s President and Chief Executive Officer (CEO) David W. Thompson and SpaceLogistics President Tom Wilson. Thompson and Wilson will take the stage on March 13 at the SATELLITE 2018 Conference & Exhibition to discuss new applications on the horizon and the company’s plans to grow out the business.

Orbital ATK is currently in the final stages of development for its first Mission Extension Vehicle (MEV 1). The spacecraft, which has already passed its Critical Design Review (CDR), is set to launch before the end of this year, after which it will dock with a satellite owned and operated by Intelsat, Orbital ATK’s first satellite servicing customer.

Intelsat recently awarded Orbital ATK an additional contract for a second servicing vehicle (MEV 2), which will enter operation sometime in mid-2020. Intelsat CEO Stephen Spengler will be joining Thompson and Wilson onstage at SATELLITE to share his perspective as an early adopter of the technology.

The MEV’s docking system allows the spacecraft to attach to about 80 percent of the satellites currently operational in Geosynchronous Earth Orbit (GEO). For future vehicles, Orbital ATK is implementing new design changes to expand its potential customer base and mission capabilities. MEV will demonstrate two important tasks in its first missions for Intelsat: taking over a satellite’s attitude control and delta-v (thus extending its lifespan if its fuel reserves are depleted), and moving a satellite to a new orbital location.

Inspection missions is just one advanced capability Orbital ATK is working on behind the scenes — essentially taking high resolution images of a satellite in the event of an anomaly and transmitting them back to Earth.

The company’s ultimate goal over the next couple of years is to field a fleet of five satellite servicing spacecraft. It also intends to slash the manufacturing time from roughly two and a half years to just 18 months.

According to Thompson, Orbital Sciences originally began pursuing satellite servicing technology more than three years ago. Following its merger with Alliant Techsystems (ATK) in 2015, the company was able to take advantage of its joint expertise to turn the idea into a realistic business.

“There were a number of cost efficiencies that came in as part of the merger because of Orbital Sciences having pre-developed the GEOStar 3 spacecraft platform, which is what [MEV] is based off of, and having done rendezvous and proximity operations … with our Cygnus satellite on the International Space Station (ISS),” Wilson told Via Satellite. “We were able to marry that with the technology that we matured at ATK.”

Be sure to catch up on additional details regarding the upcoming Intelsat mission in our exclusive audio interview above and at their presentation at SATELLITE 2018.