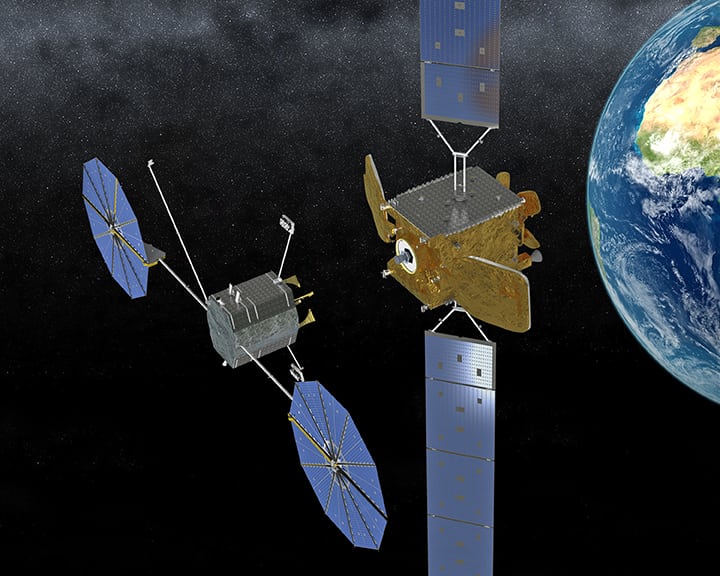 Intelsat has awarded a contract to Orbital ATK for a second Mission Extension Vehicle (MEV 2) to provide life extension services for an Intelsat satellite. Orbital ATK is now producing MEV 1 for Intelsat with launch scheduled for late 2018. Under this new agreement, Orbital ATK will manufacture, test and launch MEV 2, and begin mission extension services in mid-2020. The production of the second MEV is part of Orbital ATK’s longer-range plan to establish a fleet of in-orbit servicing vehicles that can address diverse space logistics needs including repair, assembly, refueling and in-space transportation.

Through its Space Logistics subsidiary, Orbital ATK will introduce in-orbit commercial satellite servicing with MEV 1 late this year. The MEV is based on the Orbital ATK’s GEOStar spacecraft platform, and controlled by the company’s satellite operations team. The MEV uses a docking system that attaches to existing features on a customer’s satellite, and provides life-extending services by taking over the orbit maintenance and attitude control functions of the client’s spacecraft. Each MEV vehicle has a 15-year design life with the ability to perform numerous dockings and repositionings during its life span.

Orbital ATK’s spacecraft components division will be responsible for manufacturing the structures, propellant tanks and solar arrays at the company’s locations in San Diego and Goleta, California. The Rendezvous, Proximity Operations and Docking (RPOD) laboratory, located at the company’s headquarters in Dulles, Virginia, will test the sensors, actuators and control algorithms that allow the MEV to approach and dock with the client spacecraft.

Through a NASA Space Act Agreement, Orbital ATK is also working with U.S. government agencies to develop and implement new capabilities for the MEV fleet, including in-orbit assembly of large space structures and cargo delivery and related services to deep space gateways, such as in lunar orbit.