Are Satellites the Key to Cybersecurity in the Cloud? 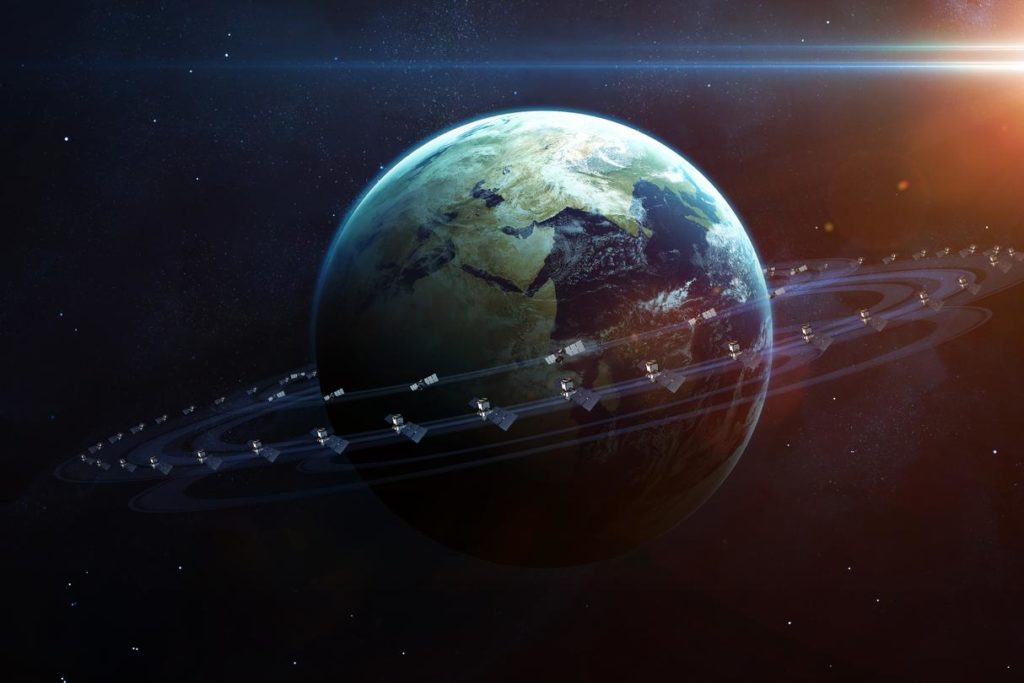 Cloud Constellation has partnered with Turkish satcom company Teknomobil to resell its Space Belt data services to customer markets in Turkey and the Middle East. Cloud Constellation is a startup that is currently developing a Low Earth Orbit (LEO) constellation of secure data centers for cloud service providers. According to Cloud Constellation President Cliff Beek, the partnership is a step toward the company’s broader market strategy of aggregating global resellers in regions and verticals where data security is paramount.

Teknomobil in particular maintains relationships with the Turkish military and Air Force, which have been assisting Syrian rebels in combat against the Islamic State of Iraq and Syria (ISIS) as recently as March. “Hostile environments” like these, where operators must be able to guarantee their communications are secure, are just one kind of market segment where Cloud Constellation sees valuable use cases for its network — “whether it’s [managing] drone traffic or other military applications,” Beek said.

“[The partnership] gives us coverage in areas that would be very difficult for us to try and put boots on the ground,” he added.

As Via Satellite previously reported, the goal of the company is to assemble a LEO network of 12 to 15 nanosatellites interconnected with optical lasers. Once completed, the constellation will offer up to four petabytes of data storage, according to Beek, and will also allow customers to transfer data around the globe without having to rely on ground network infrastructure.

Although Cloud Constellation is still relatively young, having completed its Series A funding round a little over a year ago, Beek said customer reception has been strong. The company has already signed about 10 customers, he said, and is fielding interest from a range of entities looking to bypass traditional terrestrial networks to get to their customer end points. Other verticals that have expressed interest include cryptocurrency blockchain companies and organizations in the media and entertainment industry, both of which have experienced highly publicized data breaches in recent years.

“We’re approaching customers in various market segments and … have spoken to groups like IBM, Google [and] Microsoft,” Beek said. Each has been very active in developing new applications for Artificial Intelligence (AI), Big Data and the Internet of Things (IOT). “The problem they have is trying to get data around the world through IOT and their edge sensors,” he noted.

Beek pointed out that one of the biggest downfalls of terrestrial-based networks is that the information must pass through multiple peering and exchange points along its journey, giving hijackers ample opportunity to intercept and reroute the data. If you send an email from New York to California, for example, it could zoom over to a London internet exchange, then back through an exchange in Miami before the message arrives on the other side of the country. “You have no idea how it’s being routed and it’s in a nanosecond. That’s where the problem starts,” Beek said. All it takes, he said, is an IT worker to accidentally leave a DNS port open and hackers can slip in unseen.

“Cybersecurity through satellites is an alternative that is more difficult to penetrate,” he said. “It’s not going to stop somebody from clicking on a link that has a zip bomb with a malware attack, but it certainly will prevent the hacking and hijacking of data.”

Rather than turn its satellites’ reflectors down toward the ground, Cloud Constellation will point them upward to face existing satellites in GEO. “We are essentially utilizing their connectivity to the ground very much like a cell tower,” Beek explained.

Beek believes this system will stimulate the stagnating GEO business model — a segment of the satellite industry that experienced as a consistent downturn in recent years — because the network optimizes assets that exist in space today.

Before the end of the year, Cloud Constellation expects to make two major announcements: one regarding the selection of its manufacturing vendor, and the other a confirmation of the launch vehicle that will orbit its satellites. Beek said the company has focused in on Virgin Orbit, which will operate out of Long Beach, California. “From a commercial perspective, the economics there could work well for us,” he said.