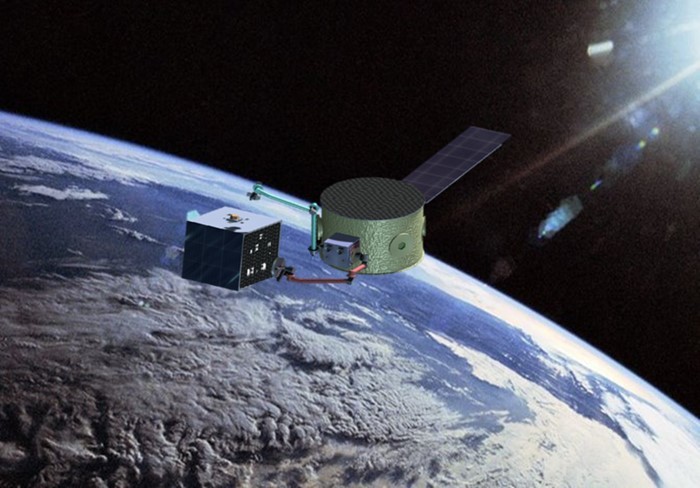 Each of the flight-ready robotic arms will be about two meters in length and powered by a single motor, tensioned cable system that transmits torque to any number of joints. The purpose of the design is to reduce system weight and cost.

Maxar will partner with two companies to complete the DIU contract. Voyager Space subsidiary Altius Space Machines will provide both its MagTags magnetic latching connector, and a magnetically latching tool changer. Maxar will also partner with SRI International, which will supply electro-adhesive technology for satellite capture and technical expertise on the robotic arm design.

Maxar’s team in Pasadena, California will take the lead in the robotic arm development process. This is the same Maxar team that delivered six robotic arms for NASA’s Mars rovers and landers, including the “Sample Handling Assembly” robotic arm on the Perseverance rover.

Maxar expects the scope of the work, including testing and delivery, to be completed within three years.