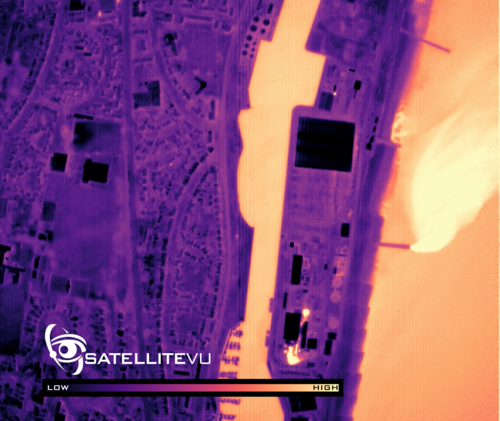 Satellite Vu, based in London, is working to build a constellation of seven thermal infrared imaging satellites to collect thermal data. This type of data can be used to provide information about building energy efficiency, which is a contributor to climate change. It can also monitor thermal water pollution and thermal variations caused by oil refineries, wastewater treatment works, and nuclear power plants, and provide information about wildfires and disaster relief incidents.

This funding will support plans to launch the first satellites in its constellation in the next year, and an expansion to the U.S.

The company says its constellation has the potential to impact climate change, and it is also engaging in transparency by sharings its own carbon emissions data publicly.

“Our advanced thermal infrared camera will be able to offer unique, previously unseen insights into human activity and the full constellation will enable up to twenty revisits per day of a single location anywhere on the planet,” commented Anthony Baker, Satellite Vu CEO. “This investment further demonstrates that our technology offers potential benefits for national security capabilities, and we look forward to building and expanding our relationship with partners overseas, particularly the U.S.”