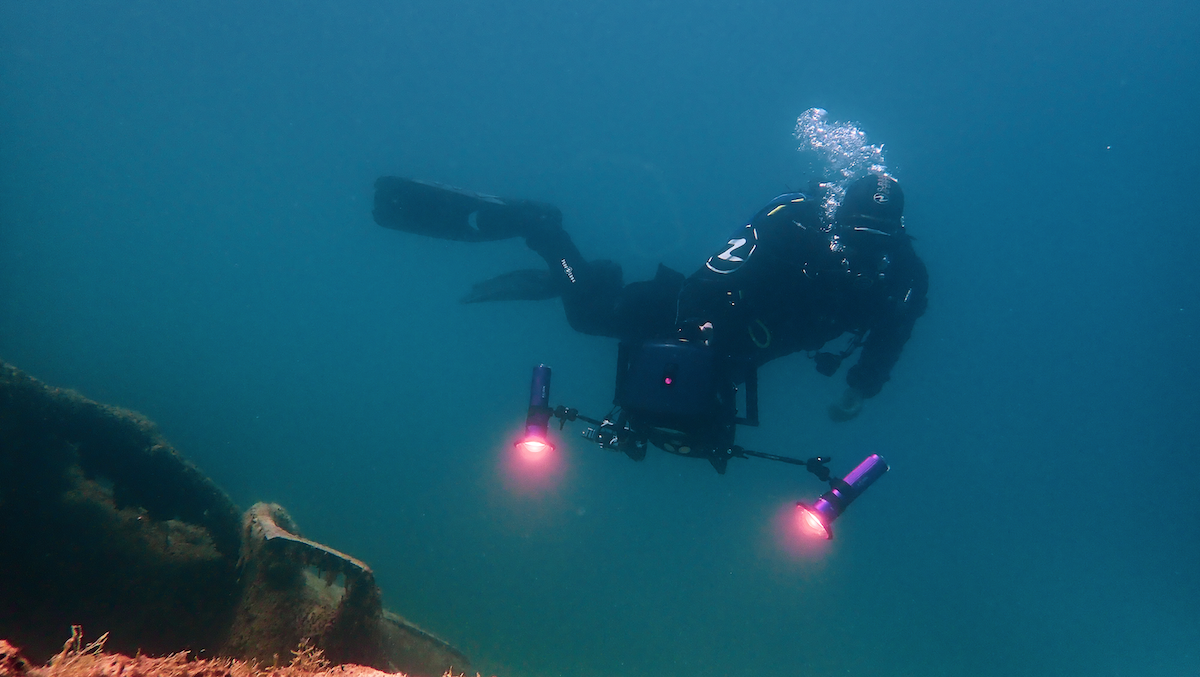 At a time when climate change is front and center across the world, a lot of focus is on governments to provide action, but it is also incumbent on technology companies to come up with solutions. One such company is PlanBlue, a company based in Germany that is pioneering the concept of “underwater satellites” to deliver a greater understanding of what is going on on the seafloor.

PlanBlue has developed an underwater satellite that in the future will scan seafloor areas in high detail, as well as lake bottoms and river beds. It makes use of advanced imaging and underwater navigation, and its software is based on machine-learning algorithms.

Hannah Brocke, COO and co-founder spoke with Via Satellite about the technology which she says functions like a satellite, although it is not in space.

“We do Earth Observation [EO], but under the water,” she said. “Most of the technology we use has been used in space for quite a long time, so it is very similar. We do hyper-spectral imaging for example. Also, the process of the data collection and storage, as well harnessing and analyzing the data is also quite similar. The really big difference is that we are not in space, but submerged in the water.”

And PlanBlue has been recognized by the space industry as well. The company has been featured on the European Space Agency (ESA) website, and in 2018, it was awarded the grand prize in the Galileo Masters 2018 program.

Brocke says that while there are highly detailed maps of land captured by satellite and drone tech, the seafloor remains largely unknown. Calculations put it in the range of 85% to 90% of the ocean is not known in detail. She points to the importance of the seafloor for marine life, food production, and climate regulation.

“We are missing a really big and essential part of information about our planet. This is a very big issue,” Brocke says. “We literally put the seafloor on the map floor in high detail and so visualize the true value of this seafloor, not just in an ecological sense, but also in an economical sense. With this data, we can enable sustainable industrial activities, but we can also tackle global threats such as climate change and pollution.”

Brocke does not mince words. She says the world is at “severe stage” when it comes to fragile ecosystems both on land and in the oceans. Here, PlanBlue’s technology could make a difference and help provide a path to a sustainable future.

“It is great that more people are getting aware of plastic pollution, but that is just a fraction of what is going on on the seafloor,” she says. “There are many possibilities to reduce pollution. Why governments cannot regulate it? Because right now, they can’t see the seafloor in high detail and establish guidelines well.”

For example, she says an institute contacted PlanBlue about problems Norwegian fjords are experiencing because of aquafarms, and natural salmon does not have enough oxygen for eggs to survive. “We can fill this data gap here,” she says.

The company is currently in the midst of a round of fundraising. While this is a relatively new area, Brocke expects there to be much more competition in this area going forward. The company also sees possibilities of working with satellite companies going forward to provide a more complete and overall data picture.

The company has also pledged to turn down lucrative contracts if the technology is not being used for conservation. “We are a very ethical company. We saw a lot of destruction underwater. The oil and gas industries, for example, have been really interested in our technologies. We want to see the data used in an ethical way. We say no sometimes, and that can be difficult, particularly as a young company, but we are very clear on this,” Brocke says.

PlanBlue wants to establish worldwide data distribution centers, and scale the availability of its technology to build a global seafloor database. Brocke emphasizes the data must be easily accessible and analyzable in order to extract the right information from the data.