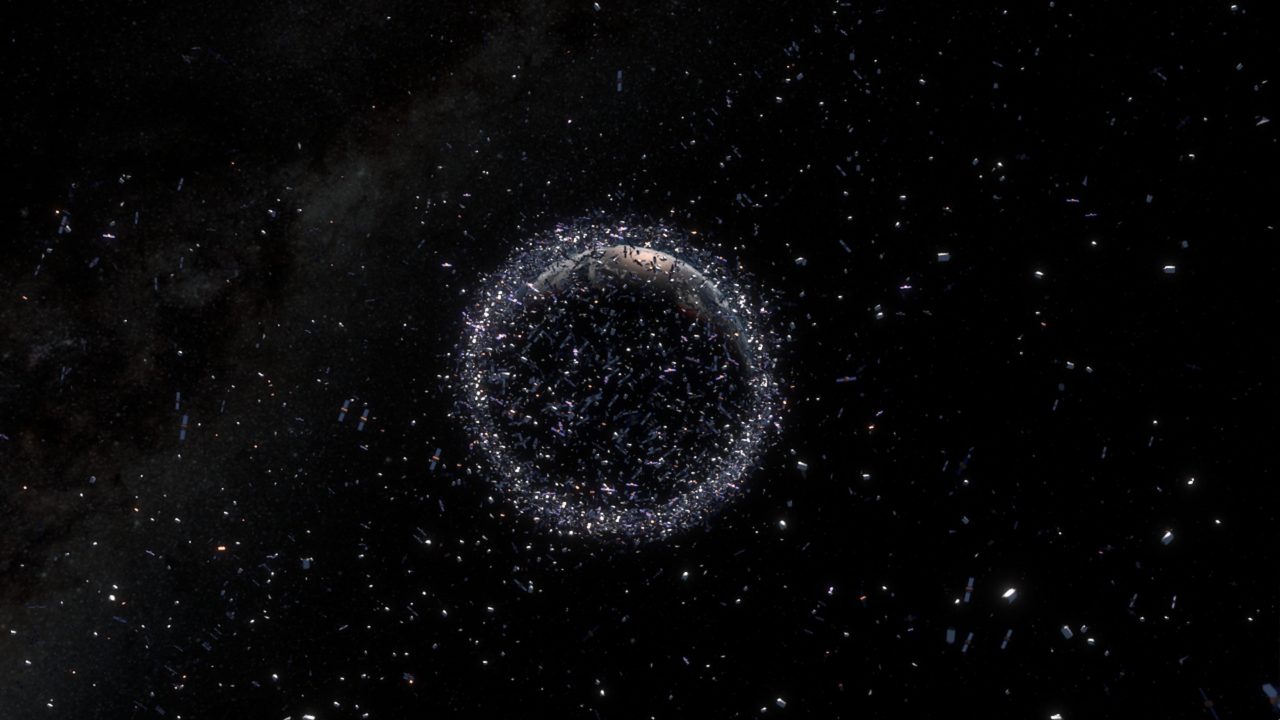 Space debris will be one of the key issues for the space and satellite over the next decade. In April, Findus Venture, an Austrian investor in New Space technology, announced a partnership with Spire Global to launch a debris-monitoring satellite next year. The ADLER-2 satellite, built on Spire’s LEMUR 6u platform, aims to enhance orbital debris monitoring in Low-Earth Orbit (LEO), and expand novel atmospheric sensing capabilities to study clouds and aerosols in the atmosphere.

Via Satellite spoke to Christian Federspiel, CEO of Findus Venture, and Theresa Condor, executive vice president and general manager of Spire Space Services, about the importance of addressing space debris. “There is a sense of urgency and we really need to tackle this problem within this decade,” Federspiel said.

Condor believes the issue of orbital debris and Space Situational Awareness (SSA) is not something the space industry can neglect.

“Everyone throws up their hands and says orbital debris is horrible. You hear a lot of people yelling about it, but not much else. We need to have perspective. Space is very big — bigger than many people realize. On the surface of the Earth you have more than 200,000 ships who don’t constantly collide and space has many more layers as you go up in altitude. There is room for a lot of satellites. It needs to be done responsibly and the international space community must actually work together, while solving the problem in a balanced way,” she said.

As more and more satellites are launched, particularly into LEO, Condor said it matters specifically where satellites are going in orbit. Spire’s satellites, for example, are at 500 km, and are designed to burn up in the atmosphere within five to seven years. But satellites in 800-1,000 km that stay up for a long time cannot be deorbited as easily and become more of an issue, she said.

She believes there needs to more nuance when talking about the problem. “It is not just about satellites, but about rocket launches. Rockets are making up a big part of stuff that is floating out there. All of these things need to be discussed and understood to come up with the right solutions. This is some of the nuance that is missed,” Condor added.

For the ADLER-2 satellite, Spire will build, launch and operate the satellite, leveraging its Radio Frequency (RF) cubesat design and manufacturing capability with its satellite tasking, collection, processing, data dissemination, and command and control infrastructure. Spire will also provide the orbital debris radar to Findus, integrate the other sensors, and enable access to all of them via its API.

“When it comes to satellites, we have a better understanding of where they are and where they are moving. But those micro-debris issues, you can’t really track from the ground, as far as I know. You need measurements to understand what is happening. Orbital debris is an issue and we do need to figure it out going forward. The first way to handle something is you have to be able to monitor it and measure it and understand it. These payloads contribute to do that, and I think are pretty important,” Condor said.

Federspiel said the ADLER-2 is a progression from the ADLER-1 satellite, which was a starting point to detect particles of 3 mm and smaller in space. “We found the first useful use cases and we are now working with ADLER-2 on the first business case. ADLER-2 should demonstrate in orbit that we can detect small particles in real time and in situ. The last measurement of how particles impact satellites and space crafts over time were done by the space shuttle and by Hubble back in the 1990s. In the best case we show that a collision weather from two satellites or when a natural meteor shower occurs does correlate with what we measure and detect,” Federspiel said.

Both Condor and Federspiel believes more needs to be done on the regulatory front, and that technology alone cannot solve this burgeoning debris problem.

Condor said better technology is needed to monitor and understand the issue, but the policy angle is important as well: “We are dealing with human beings that are making decisions. You have larger companies doing things that have a greater ability to make things go in their favor. You have got a lot of smaller companies trying to do things. So, I think it is also important that you have a regime that doesn’t let bad actors get away with something and is handled fairly,” she said.

Federspiel added: “Technology is only one cornerstone to make the situation better. The mindset of the people working in the space sector is even more important, as well as the regulatory boundary conditions. We must not unnecessarily impede access to orbit and space for the next generations. This must be our minimum mindset.”

It is likely that ADLER-2 will be a stepping stone for more, and Federspiel said there are plans to improve the technology, and a possible ADLER-3 and 4 satellites.

Condor talks about wanting to get away from the idea that New Space is the problem because such companies launch lots of satellites. She talks of having a more nuanced discussion on the problems and opportunities across all segments of the industry. The key will be to answer questions such as: What is the best way forward? What are the policies that will make sense? Condor believes the industry has not reached that point yet. “We are talking about it, and circling around the topic without there being clear discussions. People are raising the issues, but not coming up with solutions,” she said.

However, as governments and military organizations start looking at space as a more relevant domain, Condor believes things could change. She added, “You have this interest in dual-use technologies, more space commands being stood up, and all of these militaries have a great interest in space not being destroyed. When you have these type of organizations paying attention, and with the level of resources they have to not let things get out of control, there is a little bit more hope that it is managed, and that there are good technologies being built and a push toward having the right policies in place. It should be different to here on Earth, where environmental destruction has gotten out of control.”