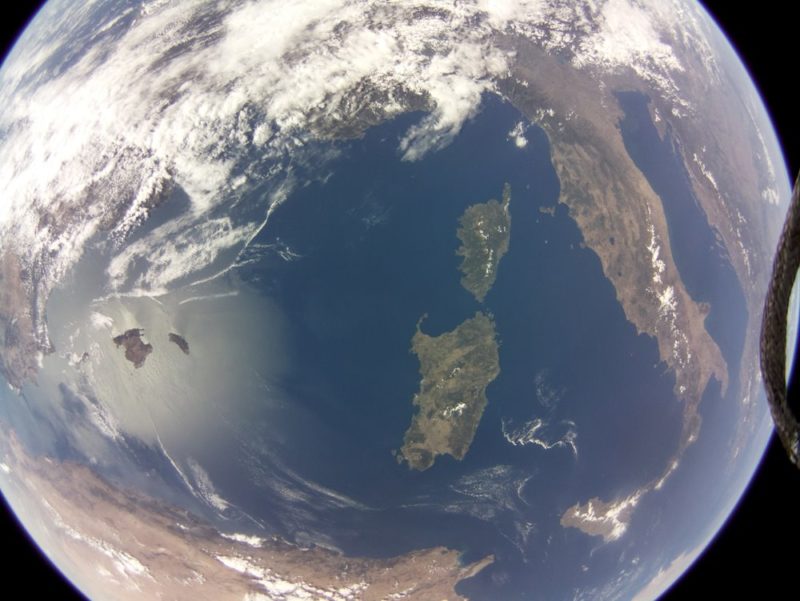 Image of the Mediterranean acquired by a Raspberry Pi camera on board SSTL’s DoT-1 satellite. Photo: SSTL

Surrey Satellite Technology (SSTL) today released an image and video of the Earth captured from Low-Earth Orbit (LOE) by a commercial grade Raspberry Pi camera and computer on board a Demonstration of Technology satellite called DoT-1, launched on a Soyuz rocket in July 2019.

The image is of the Mediterranean Sea, targeted over the islands of Corsica and Sardinia, and is believed to be the first acquired in LEO t by a commercial off-the-shelf Raspberry Pi camera.  The video captures an area of Europe that includes the coasts of France, Belgium, The Netherlands and Germany with Denmark visible to the right and the U.K. obscured by heavy cloud cover to the left.

Sarah Parker, Managing Director of SSTL said “I am delighted with the success of our new Core-DHS based avionics which, will give our customers the benefits of our heritage avionics stack but in a lower form factor to deliver improved power consumption and lower launch costs. The success of the Raspberry Pi camera experiment is an added bonus which we can now evaluate for future missions where it could be utilized for spacecraft ‘selfies’ to check the operation of key equipments, and also for outreach activities.”