How Will Precision Agriculture Feed the World? 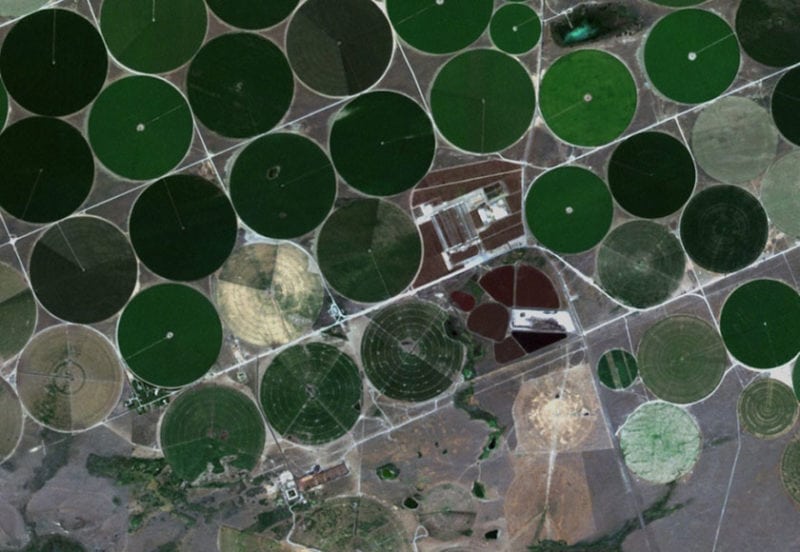 By the year 2050, the world’s population is expected to hit 10 billion. Feeding that population will mean increasing global food production by 70 percent — without poisoning the world’s water supply with nitrates in the process and meeting rising demands for high food quality.

That, in a nutshell, is the reason why agriculture needs to go digital, and in a hurry. The good news is that the adoption of new agriculture technology (agtech) over the past decade has been strong in many places. According to a 2016 study from the U.S. Department of Agriculture, tractors guided by Global Positioning System (GPS) are in use on 50 percent of corn and soybean acreage in the U.S. Yield mapping — which means developing precise data on what sections of a field produce the biggest yield — is used on 40 percent of that acreage. Variable-Rate Technology (VRT) covers about 30 percent with systems that apply fertilizer based on yield maps, substantially reducing waste and excess use.

The bad news comes in two flavors. First, big farms in excess of 2,900 acres are twice as likely to use agtech, because its scale makes it more affordable and profitable. Second, precision agriculture is largely restricted to rich nations. Their farmers have more money to spend, and large farms make up a much higher percentage of land in agricultural production.

A Better Glass of Wine

As one example, take winegrowers. They are among the high-end producers who have made precision agriculture central to their business. They do yield mapping in great detail, down to 2-meter blocks, and adding data on everything from soil acidity clay and water retention to yield to every block. The data comes from close inspection and testing in the field, but the mapping is made possible by GPS, which also can be used to steer mechanized pruning, watering, and harvesting machines.

Satellite imagery is also vital. Infrared sensors in space produce data that can be analyzed to produce a Normalized Difference Vegetation Index (NDVI), which accurately measures the amount of leaf area in a block. Take repeated scans, and the winegrower can see how much leaf the vines are putting on — an important measure of health — and focus attention on the blocks where there is too much or too little.

Held Back by Bandwidth

This kind of technology investment has led some to call today’s farmers the high-tech entrepreneurs of rural regions. But whether in rich or poor nations, those high-tech entrepreneurs face one big constraint: bandwidth. According to Microsoft, 23 million people in rural areas lack broadband internet access in the U.S. In Europe, 21 percent of rural populations had no access to the internet in 2017. Go to developing nations and the numbers accelerate: 69 million in Brazil, 378 million in China, and 725 million in India.

As we all know, there is broadband — and then there’s better broadband. The computer I am working on is connected to the web at 300 Mbps at a cost of about $80 per month. Precision agriculture is part of the Big Data revolution. To leverage its value, these rural high-tech entrepreneurs need significant bandwidth for download of satellite imagery, connectivity for drones, access to cloud computing platforms that aggregate huge data sets, and upload of their own big data sets. They need high-capacity connectivity not only at home, but in the field. The alternative is to drive all their automated equipment up to the barn and plug it in to their computers for upload and download of data.

Precision farmers in developing nations are finding ingenious and low-cost solutions that give them some capability over 3G and 4G mobile. But we all know the limits of that connectivity, particularly in areas where coverage is sparse.

If there were no other reason why Geostationary Orbit (GEO) High Throughput Satellite (HTS) and the coming generation of high-capacity Low Earth Orbit (LEO) satellites were needed, this requirement would be enough. The market for precision farming technology is estimated to be worth $5.09 billion in 2018 and headed for $9.53 billion in 2023, growing at 13.4 percent Compound Annual Growth Rate (CAGR).

Mother Earth will have another 2.4 billion mouths to feed in a few decades, and the connected, technology-rich farm is the only way she is going to do it.