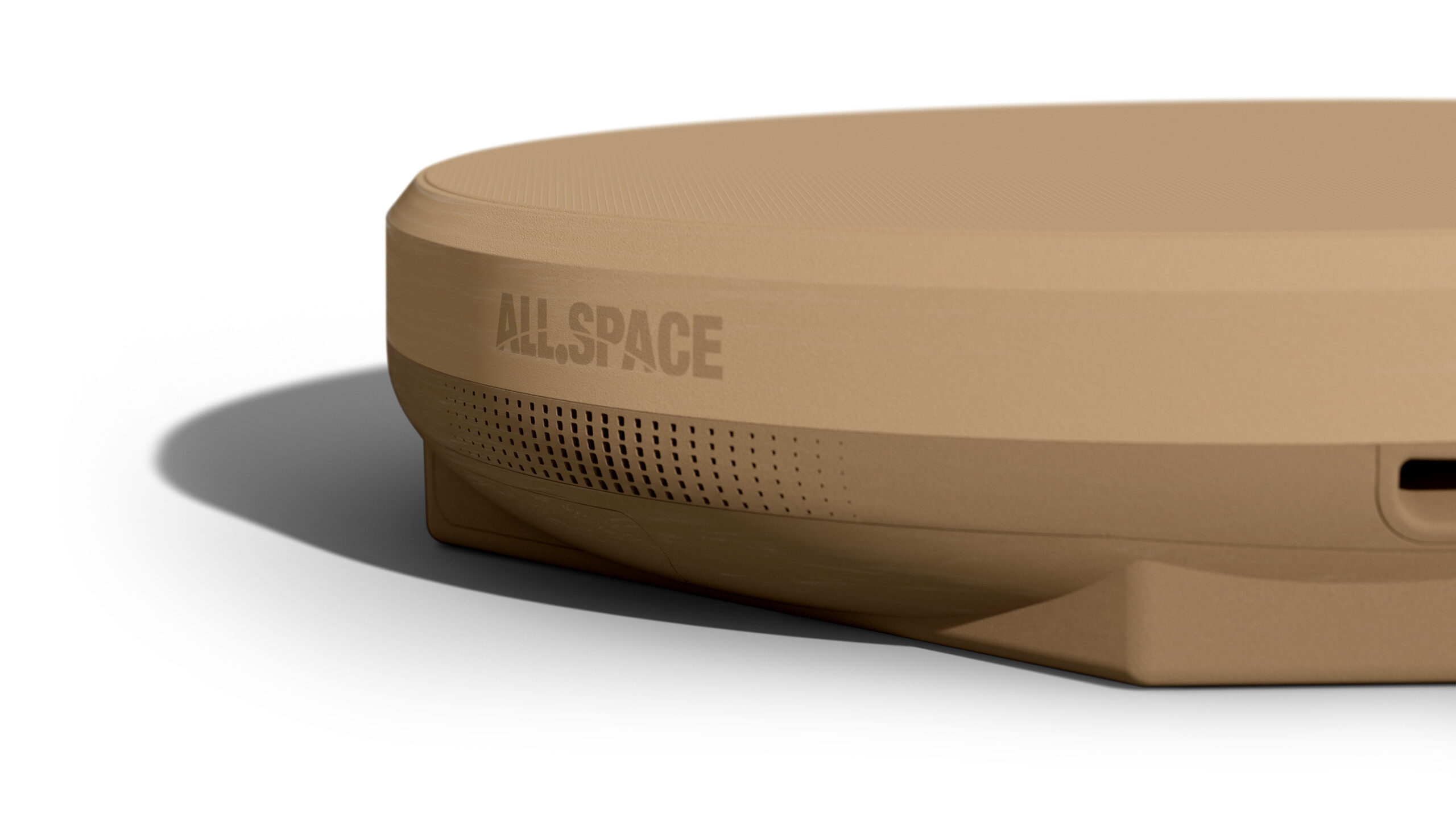 A government version of the S2000 terminal showing the All.Space logo. Photo: All.Space

Isotropic Systems is changing its name to All.Space ahead of the rollout of its ‘smart terminal,’ which the company hopes will differentiate the value of satellite capacity in the telecoms world and grow the reach of the industry.

The core technology is the terminal’s multi-orbit, multi-beam capabilities, that allow it to connect with multiple satellites in multiple orbits at the same time with full-performance links. This has been validated in tests with the U.S. military.

The S2000 series comes in three product configurations — 60 cm, 80 cm, and 1 meter diameter. Each size is available in fixed or mobile configurations for both government and commercial customers. The terminals are also customizable for Tx/Rx ratios, aperture combinations, and scan ranges with up to 8,100 unique configurable options.

“What we’re talking about is no longer an antenna, and it’s no longer a terminal — it’s a service enablement platform,” Finney said in an interview with Via Satellite.

“We only develop software for which you must have our unique hardware. Nobody will be able to replicate any of [these] services,” he continued. “We’re extending the customer’s capability far beyond communications into intelligence. That can be operational intelligence, operational efficiency. Many of the applications that we have are under NDA with NATO forces, but they cover applications such as SIGINT [signals intelligence], and anti-jamming techniques.”

Finney said customers will also have the option to have multiple modems from different vendors fully integrated inside the terminal. This follows after the company announced modem integration partnerships with ST Engineering iDirect, Teledyne, and SpaceBridge earlier this year.

“Everything is under the hood,” Finney said. “We’re collapsing all the complexity — there are no cables. You can pre-configure, pre-stage your terminal, ship it across the world, take it out, mount it, switch it on and you’re on the network. That means you’re in revenue very quickly, or you’re able to deliver mission-critical comms.”

NATO militaries are one of the top target markets for this technology, and this technology is designed to give those forces resilient communications with no compromises, Finney said. This is even more important in the evolving threat environment with recent examples like Russia’s ASAT missile test and attack on Viasat’s KA-SAT ground network.

Existing military satellite systems cannot communicate with each other, and this terminal can mesh allied networks together, Finney said.

“The U.S. and NATO have realized that their advantage over China and Russia is really simple. They have allies, and those allies have amazing satellite systems, defense and commercial. When you mesh those together, effectively you have an invulnerable network,” he said. “Today in space, those networks do not and cannot talk to each other. The only way you can mesh them together and create that invulnerability is from the ground.”

The terminal is set to move into production for release at the end of 2022. Finney said production capacity for the first year is 90% subscribed and the company is working to open up another production line to increase production capacity. The company has a “significant backlog” for commercial and NATO defense customers. Finney did not share any specific names, but All.Space has public partnerships with satellite operators SES, Telesat, and Inmarsat.

His goal is for this technology to expand the market for the satellite industry. Finney said there is a “massive” oversupply of satellite capacity triggered by the arrival of mega-constellations, and the industry must differentiate with multi-orbit service offerings or some of the largest household names will not survive consolidation. This type of smart terminal can open up doors that single-link antennas can not.

“We will give as many people in the industry the tools to grow the pie. We are going to start making the satellite industry look as sophisticated as a telecoms network,” he said. “Satellites will fill up and the whole industry will be in a healthy, steady state. If this is just a game of capacity, coverage, and price, there is way too much capacity for existing demand with existing antennas. We are going to change that in a big way.”