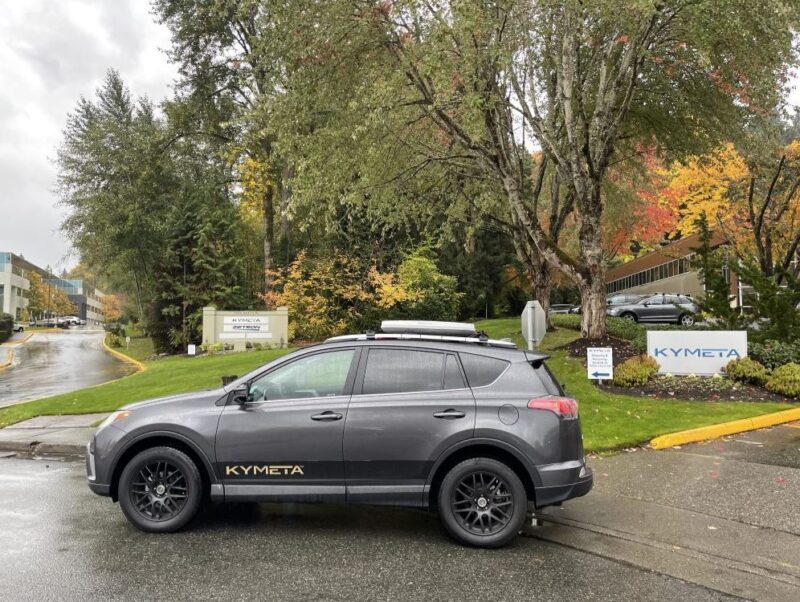 Kymeta and Intelsat have participated in early testing of 5G standards over satellite, and reported Tuesday that the companies demonstrated satellite-enabled 5G service using Kymetas u8 antenna. Kymeta and Inteslat said this was the first test of its kind in a mobile environment.

The demonstration was done by applied research organization Fraunhofer Institute for Integrated Circuits IIS, which focuses on developing technologies such as 5G non-terrestrial networks as currently standardized in 3GPP. It was a land mobility demonstration using Kymeta’s electronically steered flat-panel u8 antenna and Intelsat’s satellite and terrestrial network.

“Our participation in this early testing for the development of 5G standards over satellite is an important step in the next generation of connectivity and where 5G is heading,” commented Dr. Ryan Stevenson, vice president and chief scientist at Kymeta.

The companies said this demonstration shows that hybrid connectivity across satellite and ground cellular networks can satisfy the demand for communications on the move.

“Validating the feasibility of 5G mobile communications over satellite networks with Kymeta and Fraunhofer IIS is a significant milestone toward recognizing our future vision of an end-to-end ecosystem for a unified software-defined 5G network on a global scale,” said Intelsat CTO Bruno Fromont.

This announcement comes after last week, Intelsat announced its participation in a multi-orbit satellite communications test for the U.S military.