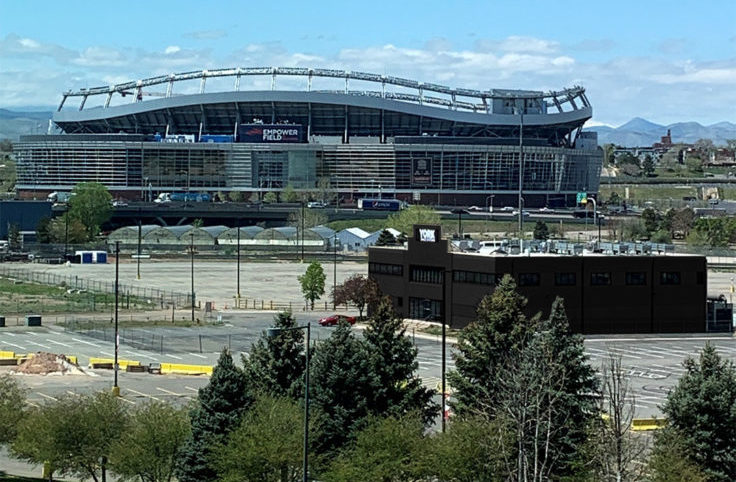 The Space Development Agency (SDA) on Oct. 6 said that it has awarded a firm-fixed price Other Transaction Authority prototype contract with a ceiling of about $200 million to Denver’s York Space Systems for 12 Tranche 1 Demonstration and Experimentation System (T1DES) satellites to demonstrate tactical satellite communications and integrated broadcast service (IBS) from Low-Earth Orbit (LEO) through 2031.

The T1DES satellites and 28 Tranche 1 Tracking Layer satellites are to launch in fiscal 2025.

In May, the Space Development Agency issued a draft solicitation for T1DES to explore future communications features for the National Defense Space Architecture’s (NDSA) Transport Layer. Across several layers, the NDSA is to have 300 to 500 satellites.

The Transport Layer’s LEO satellites, which are to be optically linked, are to be the foundation for Pentagon Joint All Domain Command and Control.

“For the T1DES satellites, they will utilize different radios that go down to special users in the field and special platforms utilizing the UHF and S-band frequencies that are not going directly down via Link 16, or Ka, or optical,” Tournear told reporters on Oct. 6. “Those capabilities, especially, for example, the IBS, is typically handled by Geosynchronous satellites today. Because of that, there are a lot of technical challenges that we need to [work through] to show that the technology can be applied moving it from Geosynchronous down to LEO where you have Doppler shift differences and things like that.”

Tournear declined to give examples of such “special users” and “special platforms.”

The General Dynamics/Iridium team is to provide the necessary network operations and command and control for SDA satellite operations centers at Grand Forks AFB, N.D., and Redstone Arsenal, Ala., to tie together the Tranche 1 satellite constellations.

The O&I contract “had options on there to be able to do the O&I for a Tracking constellation and a T1DES constellation,” Tournear said on Oct. 6. “We’ve awarded those options for Tracking, and we’ll award the option for T1DES shortly because it is our intention that the General Dynamics/Iridium team be the integrator for Tracking, Transport, and T1DES.”

The latter “ties all of the NOVAs together and allows them to be operated as one,” Tournear said on Oct. 6. “The interface between that NOVA and Super NOVA is owned by GD, and that is how we can respect the proprietary nature of the vendors, but keep the ability to have this vendor-agnostic solution that GD can use to operate the entire Tranche 1 family.”

“Only Super NOVA will be able to see all the different NOVA solutions,” Tournear said.