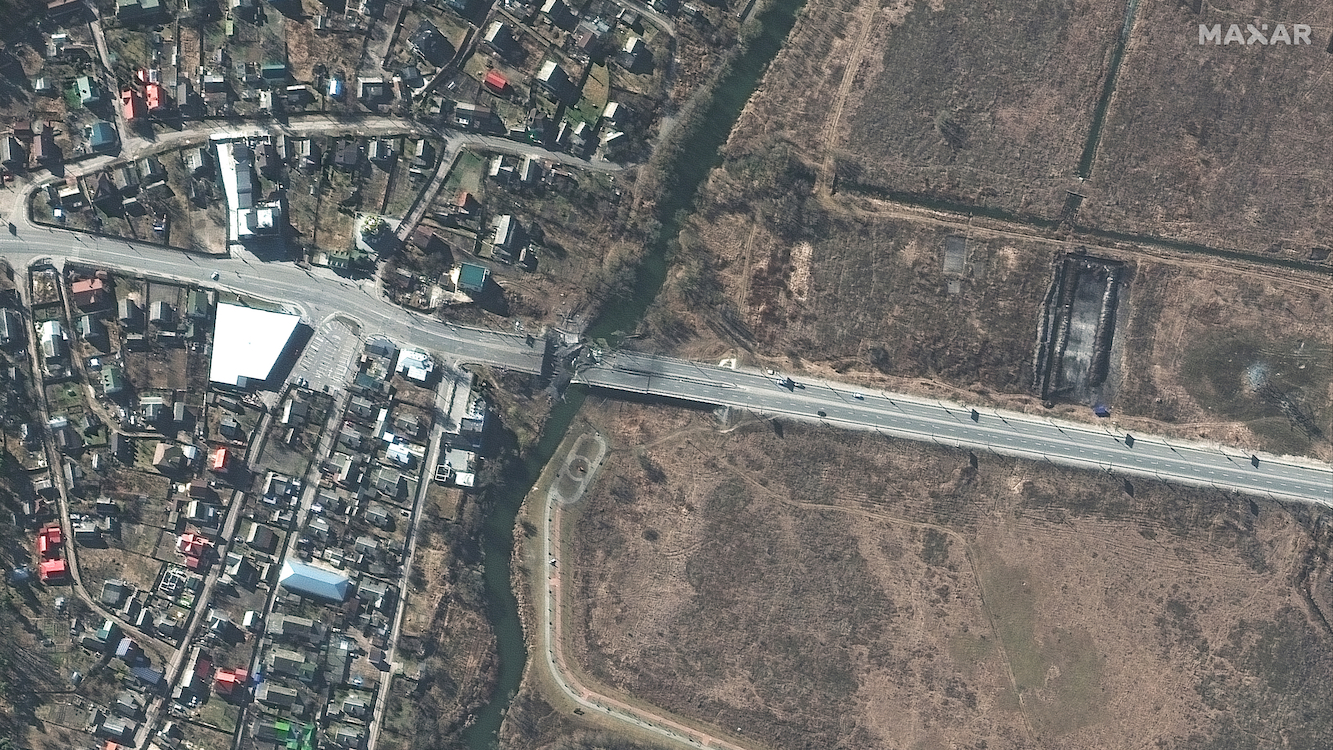 Satellite imagery of a damaged bridge and road on outside of Kyiv in Ivankiv, Ukraine
on Feb. 27, 2022. Photo: WorldView-3 Satellite/Maxar

Maxar said during the second option year, NGA developed a roadmap to integrate five commercial synthetic aperture radar (SAR) data providers into the platform by the end of 2023. Maxar has developed solutions to bring in SAR data from Capella Space and Iceye, and will continue this effort with Umbra and Terran Orbital company PredaSAR in the third option year.

G-EGD also added Planet and BlackSky data into the delivery system in 2020.

“G-EGD has been instrumental in enabling NGA to provide unclassified access to satellite imagery for a wide range of U.S. government users and partners throughout the war in Ukraine,” said Maxar CEO Dan Jablonsky. “As the provider of G-EGD, Maxar is proud to help advance the U.S. government’s long history of providing global security and humanitarian initiatives with geospatial data and imagery.”

Maxar provides imagery to the U.S. government under a number of contracts. The company also has the EnhancedView contract with the National Reconnaissance Office (NRO), which is being transferred to the Electro-Optical Commercial Layer (EOCL) contract announced in May.