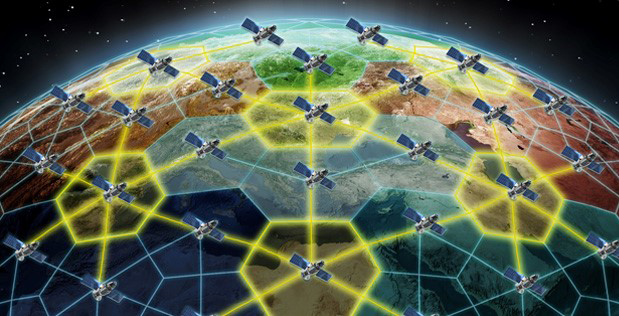 The Defense Advanced Research Projects Agency (DARPA) on Wednesday selected 11 teams to advance development of low-power, low-weight, low-cost and interoperable technologies to create new datalinks to allow for seamless communications between different satellite constellations in Low-Earth Orbit (LEO) that would in turn better enable communications between military forces and even first responders worldwide.

The awardees for the 14-month Phase 1 of the Space-Based Adaptive Communications Node (Space-BACN) program are divided into three technical areas, with the first area requiring the contractors to develop a flexible, low size, weight, power and cost front-end optical aperture that can put light into single-mode fiber to support resilient, high-speed communications of up to 100 Gbps.

The awardees in the first phase are CACI International, Ireland’s MBRYONICS, and Germany’s Mynaric.

DARPA hopes that the optical apertures can be designed to support large production quantities.

In the second technical area II-VI, Arizona State Univ., and Intel’s federal business will each develop a reconfigurable, low-power modem to support up to 100 Gbps on a single wavelength. Currently, only fixed-rate, single-mode systems are being used in space, says Greg Kuperman, DARPA’s Space-BACN program manager.

The third area is focused on identifying command and control elements that will support optical intersatellite link communications across constellations and develop the schema to interface between Space-BACN and commercial partner constellations.

The participants in the third area will finish the phase with a connectivity demonstration in a simulated environment to test the schema for a baseline scenario.

At the end of Phase 1, DARPA will select participants in the first two technical areas for an 18-month second phase to develop and prototype engineering design units of the optical terminal components. Selectees in third area will continue to evolve the schema for more challenging and dynamic scenarios.

DARPA said that the aim of the Space-BACN program is to create an “optical communications terminal that adapts to most optical intersatellite link standards, translating between diverse satellite constellations.” These constellations can be military, government, commercial, and civil and currently can’t communicate with each other.