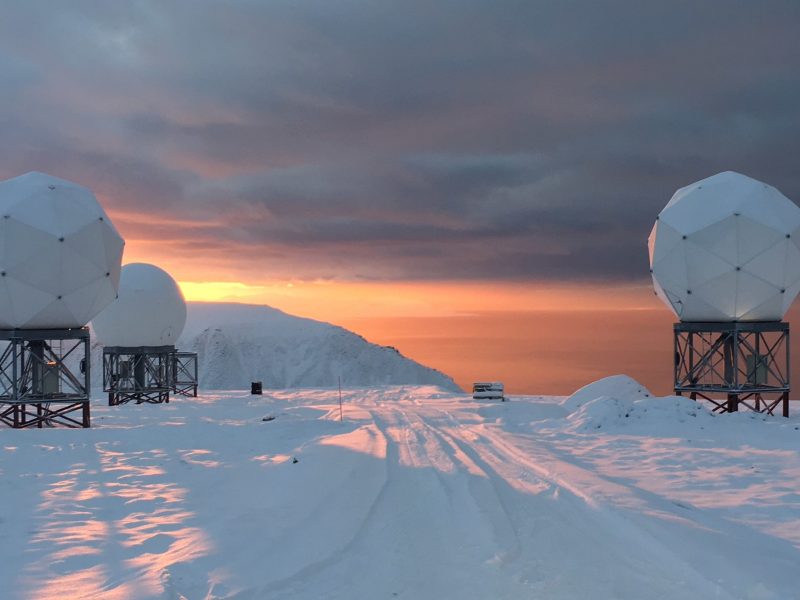 OneWeb has signed its first commercial services contract with Hughes Network Systems for the U.S. Air Force Research Lab (AFRL). Hughes is the prime contractor on the project, and will work with OneWeb to demonstrate managed Low-Earth Orbit (LEO) satellite communications services to connect AFRL sites in the Arctic region. Financial terms of the deal were not disclosed.

The Arctic region is difficult to cover with satellites in Geostationary Orbit (GEO), and OneWeb says its constellation is designed to provide low-latency, high bandwidth connectivity over the poles.

As the prime contractor, Hughes will lead adaptation, integration, testing and ongoing management of this service demonstration with OneWeb. Hughes will also integrate Intellian user terminals that will be used in this instance.

Rick Lober, vice president and general manager of Hughes’ Defense and Intelligence Systems Division, told Via Satellite that Hughes will first perform its own stage demonstrations. Hughes will then perform stage demonstrations at one or two locations in the U.S. for the AFRL, before setting up connectivity in the Arctic regions likely in the fall.

Lober also said this is a milestone contract for Hughes because it is the first time the company will offer an end-to-end, managed service from LEO.

“Most LEO services will be managed services. There’s been a push by the DoD to move to more managed service offerings,” Lober said. “It definitely improves the efficiency of networks and saves the DoD money in the end.

Browne said this demonstration of capability lends itself to a broad set of use cases in the Arctic region including fisheries and petroleum activity, and also for further military use of LEO connectivity.

“OneWeb being a seamless, global network that supports mobility, aviation, naval operations, Coast Guard, land, and fixed is really compelling because it meets many many use cases,” he said. “There’s been significant interest in lower latency because of the applications that [are] run over satellite to connect back to home. The AFRL is really the tip of the iceberg of what the U.S. government is interested in in LEO.”

Editor’s note: This piece has been updated to clarify that Hughes Network Systems is the prime contractor.