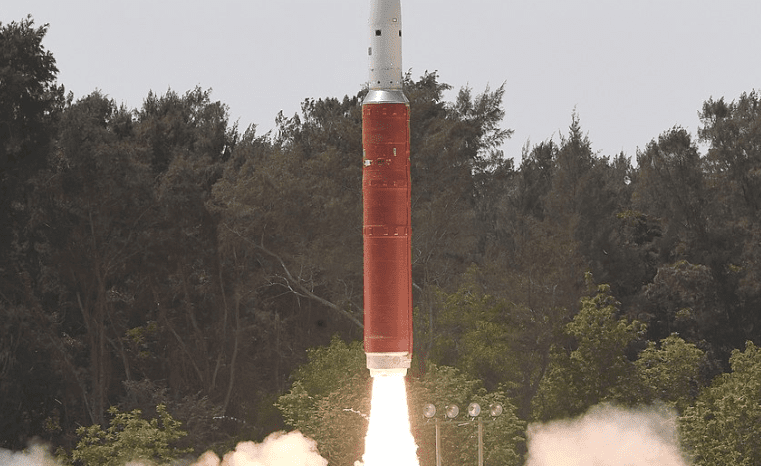 The U.S was the first nation to test Anti-Satellite (ASAT) weapons in 1958 with bomber-launched ASATs, and three other nations have demonstrated the ability to destroy orbiting satellites — Russia, China, and, most recently, India, with a test in March last year. Officials from the U.S. Air Force and the U.S. Space Force have largely confined themselves to talking about building the resilience and redundancy of U.S. space assets and protecting them from enemy attacks, such as ASATs.

“If you take the long view and your country is interested in participating in manned spaceflight, then you should not be contributing in any way, shape or form to creating risk to manned spaceflight,” he said. “So demonstrating any capability that would create more debris, in my mind, is a step in the wrong direction.”

That thinking may be changing.

“I was on the ops floor in 2007 when the Chinese shot their own satellite down,” Air Force Lt. Gen. B. Chance Saltzman, Space Force’s deputy chief of space operations for operations, cyber, and nuclear, said during an Oct. 16 Aerospace Nation forum sponsored by the Mitchell Institute for Aerospace Studies. “That was a clarifying event, and I can almost chart from there the establishment of the Space Force because suddenly space was contested.”

“We knew there was other kinds of [space] contesting going on, but that kinetic attack on a satellite really shook the foundations that this is no longer a benign environment, and we started asking the questions about are we properly structured and organized and doing the right kinds of things to be able to maintain our advantage,” Saltzman said.

“And so, to some degree, the aggressive behavior of our competitors has clarified what we need to do as a nation and in the Department of Defense,” he said. “They awoke the great giant that is the United States, and we are now moving rapidly toward developing capability to ensure that we maintain that strategic advantage. We’re going to be able to compete in that area for a long time.”

Asked whether such a strategic advantage would be limited to the resilience of U.S. space assets or whether the U.S. is also exploring its own ASAT capability, Saltzman replied, “I will tell you that I think the best defense sometimes is a good offense.”

In April, Russia tested a direct-ascent ASAT, and Air Force Gen. John “Jay” Raymond, the Space Force’s chief of space operations, called it “further proof of Russia’s hypocritical advocacy of outer space arms control proposals designed to restrict the capabilities of the United States while clearly having no intention of halting their counterspace weapons programs.”

A recent report from Aerospace Corporation‘s Center for Space Policy and Strategy said that the U.S. should not rush headlong into the development of space weapons.

“To avoid Russia and China imposing unnecessary costs on the United States, U.S. decisions on space weapons should not be made simply in reaction to China and Russia’s space weaponization,” according to A Roadmap for Assessing Space Weapons. “U.S. decisions on space weapons require an exhaustive comparative analysis of the value to U.S. national security to develop, build, and deploy any type of space weapon and the downsides to such a decision. Is the United States better off with or without space weapons of any type? Indeed, the answer may not be binary. The analysis might lead to a conclusion that certain types of weapons or certain functions of such weapons are advantageous while others are not.”