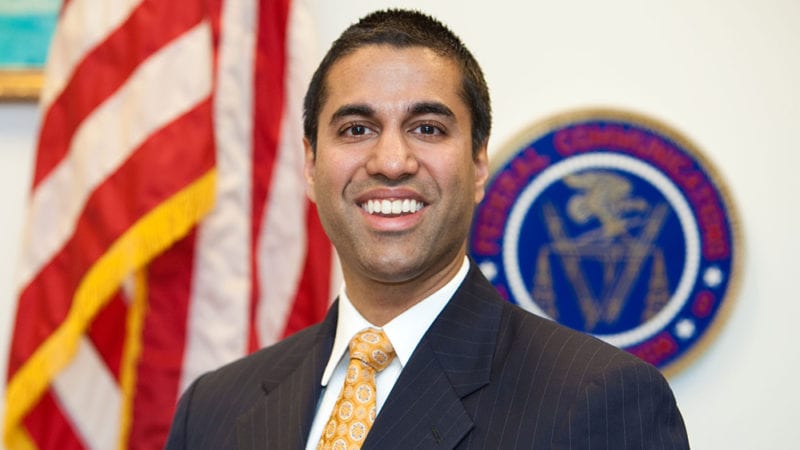 Federal Communications Commission (FCC) Chairman Ajit Pai revealed today that he intends to pursue a public auction to clear the satellite spectrum currently licensed to the members of the C-Band Alliance (CBA).

In a letter to Senator Roger Wicker (R-MS), Pai stated that “after much deliberation and a thorough review of the extensive record, I have concluded that the best way to advance these principles is through an auction of 280 megahertz of the C-band conducted by the Federal Communications Commission’s excellent staff. With a quarter century track record of transparent and successful auctions, I am confident that they will conduct a public auction that will afford all parties a fair opportunity to compete for this 5G spectrum, while preserving the availability of the upper 200 megahertz of this band for the continued delivery of programming.”

Additionally, Pai posted on Twitter that he’s “confident they’ll quickly conduct a public auction that will give everyone a fair chance to compete for this #5G spectrum, while preserving availability of the upper 200 MHz of the band for continued delivery of programming.”

The CBA, composed of Intelsat, SES, and Telesat, responded to the auction announcement in a statement: “The FCC Chairman’s indication that he intends to pursue a public auction of C-band spectrum is a significant departure from the CBA’s market-based proposal. The announcement does not address the critical involvement of the incumbent satellite operators in executing the complex task of reconfiguring and transitioning their networks. Nor does the announcement address the fundamental modification of the rights afforded by the existing FCC licenses held by the CBA members which would be required under a public auction approach.”

The CBA further called for the full cooperation of satellite operators “to ensure the successful clearing of the C-band,” and will continue to work with the FCC to develop “an effective alternative plan and achieve the best outcome for the American public while protecting the interests of our users and the rights of our companies.”

Eutelsat, which left the CBA in September, released its own statement: “Eutelsat Communications welcomes the decision of the FCC laying out a framework for the public auction of a portion of C-band spectrum between 3.7-4.2 GHz, which it regards as an important first step in expediting rapidly and equitably the clearance of C band frequencies for mobile 5G services.”

“Eutelsat looks forward to engaging with the FCC in a fruitful and positive dialogue aimed at shaping an equitable and efficient process to facilitate the expedition of the auction and subsequent clearing of the frequencies, so that 5G can be rolled out in a timely manner throughout the CONUS,” Eutelsat concluded in its statement.