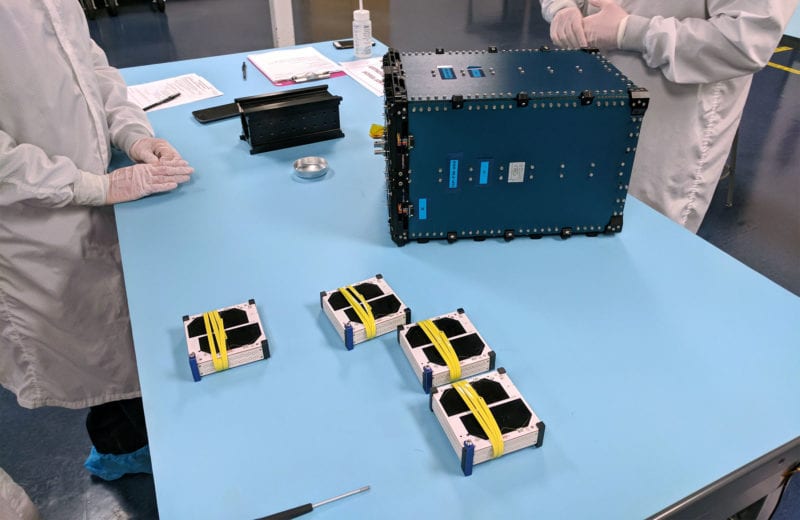 The Federal Communications Commission (FCC) gave Swarm Technologies approval to launch 150 satellites. According to the FCC document, Swarm will be able to “construct, deploy, and operate a constellation of 150 technically identical non-voice, non-geostationary (NVNG) satellites in the low earth orbit (LEO) for the provision of mobile-satellite services (MSS).”

Additionally, each satellite will have an average mass between 0.31 to 0.45 kilograms (kg), with dimensions measuring 11x11x2.8 centimeters (cm). The satellites will operate in Very High Frequency (VHF) bands.

The FCC document continued: “Swarm proposes to operate the satellites using frequencies in portions of the 137-138 MHz (space-to-Earth) and 148-149.95 MHz (Earth-to-space) bands. In authorizing Swarm’s application, we address a Petition to Dismiss, Deny, or Hold in Abeyance filed by Orbcomm License Corp. We also address comments filed by Space Exploration Holdings, LLC (SpaceX) and note numerous comments filed in support of Swarm’s application.”

SpaceX had originally requested that Swarm take risk analysis into account, as there was concern over orbital debris from improper antenna size calculations, with debris posing a risk to the International Space Station (ISS). Swarm appeased this, and the FCC found that “Swarm has taken the appropriate steps to address SpaceX’s concerns, and condition Swarm’s application on compliance with the outcome of the Commission’ Orbital Debris proceeding.”

Additionally, Orbcomm was concerned about Swarm’s spectrum allocation interfering with its own, but these concerns were also dismissed.

Originally in March of 2018, Swarm had launched satellites without FCC approval. In December of 2018, Swarm agreed to pay the FCC a total of $900k over five years for the unauthorized launch. The company began bouncing back, as it closed a Series A financing round with $25 million in January.

In an interview with Via Satellite in February, Swarm CEO Sara Spangelo mentioned that the company currently had seven satellites in orbit with plans for 150 total, and a planned completed launch date of mid-2020.

“We’re really excited about Swarm providing global internet services to any device, any person, anywhere on Earth,” Spangelo exclaimed in the interview. “We’re starting with relatively low data rates, and we’re looking forward to improving total data rates and capacity as we deploy this network.”