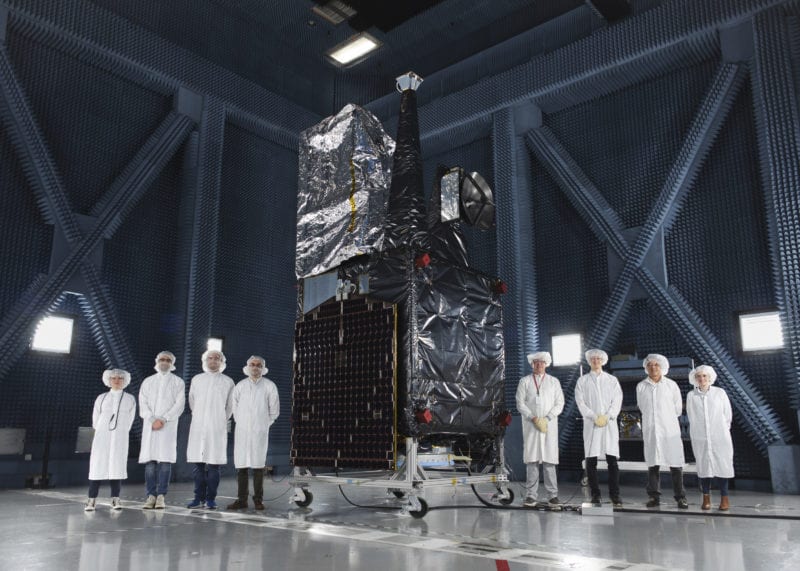 According to the WFOV program office, SMC is pleased with just how well the thermal vacuum (TVAC) campaign was conducted and the complete access to the test facility. The TVAC campaign went very smoothly and eliminated significant potential program risk.

“We’ve passed one of the largest hurdles remaining for the WFOV program,” said Maj. Brian Curd, chief, OPIR Advanced Payloads and Demonstrations. “Now that we’ve successfully completed all primary phases of the environmental test campaign, we’re looking forward to buttoning up the satellite and getting it on orbit as soon as possible. It will be a great asset to national defense.”