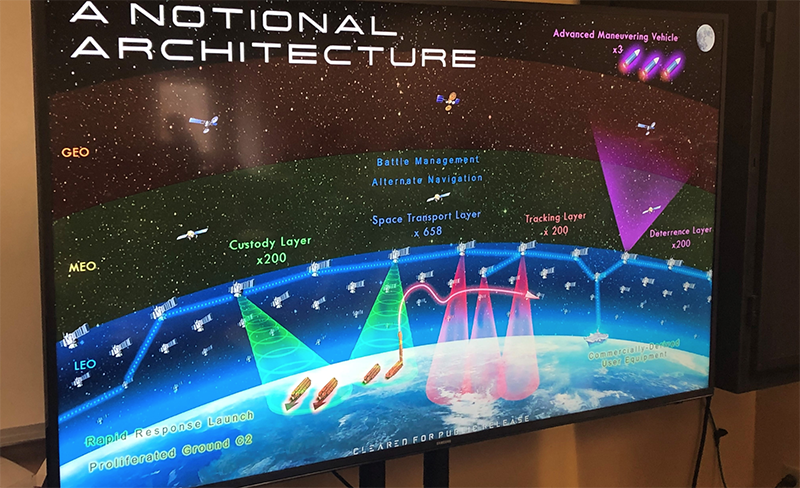 The new strategy is one of several changes the Army is making to its science-and-technology programs for space and missile defense, Cartner said. The service is working with the Defense Advanced Research Projects Agency (DARPA) and industry members including Space X on the effort, particularly to explore proofs of concept for a mesh layer of commercial small satellite constellations in LEO, he added.

Cartner noted that the strategy development is still very much in its infancy. “I would imagine in the next year or so, you’ll see a lot of … the Army tactical space layer strategy as it goes through all the different milestones and wickets” with senior service leadership, he said.

The cross-functional team is also in discussions with the nascent Space Development Agency (SDA) on the strategy, Cartner said. The SDA, which was initiated this year, is also exploring the concept of a space-based sensor layer, the agency’s new director Fred Kennedy said at the annual Space Symposium this past April in Colorado Springs, Colorado (Defense Daily, April 13).

Cartner noted Wednesday that “there are still some things to be answered” regarding the Defense Department’s pending space reorganization, particularly as it relates to the Army performing C2 functions in space. Along with the SDA, the Defense Department is expecting to stand up a new U.S. Space Command by this fall, while Congress is mulling whether to approve the creation of a new Space Force within the Air Force.