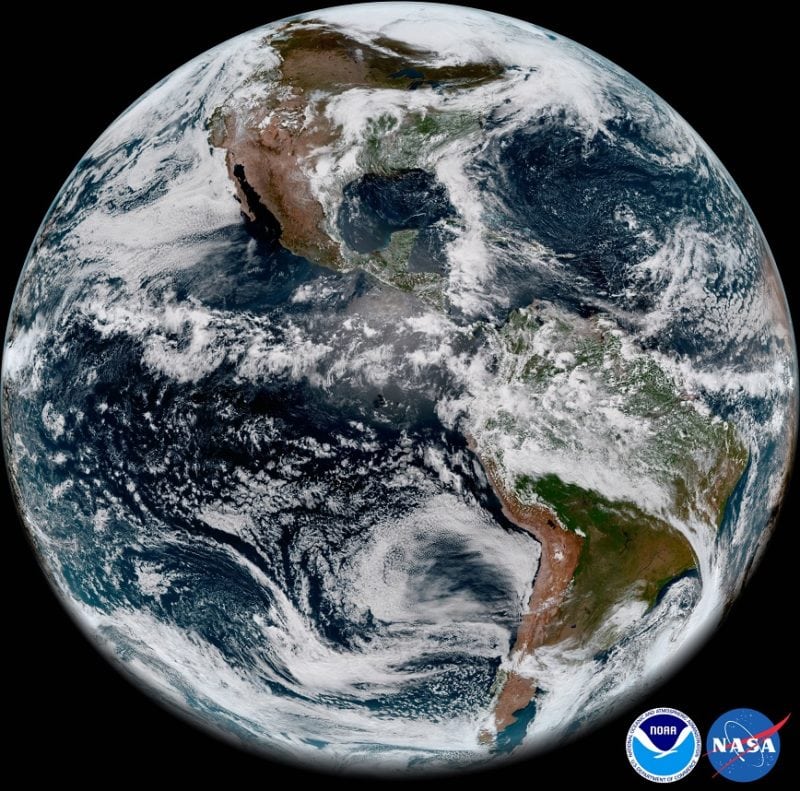 The first imagery from the National Oceanic and Atmospheric Administration’s (NOAA) GOES-17 Advanced Baseline Imager (ABI) has made its public debut. The imagery of the Western Hemisphere was created using two visible bands (blue and red) and one near-infrared “vegetation” band that are functional with the current cooling system performance. This debut comes as experts continue to address an issue with the cooling system of the satellite’s imager. The imagery also incorporates input from one of the ABI’s “longwave” infrared bands that was functional during a portion of the day despite the cooling system issue.

When combined as a “GeoColor” image, depicting the Earth in vivid detail and colors intuitive to human vision, these bands provide valuable information for monitoring dust, haze, smoke, clouds, fog, winds and vegetation. ABI imagery also provides information on cloud motion, helping meteorologists monitor and forecast severe weather and hurricanes. The improved resolution and faster scanning ability of the instrument compared to the previous generation of GOES allow forecasters to more rapidly detect and analyze storms as they are developing.

GOES-17 captured sunset over Earth’s Western Hemisphere on May 20, using the ABI instrument. This view from over 22,000 miles out in space is presented in GeoColor, as described above.

Launched in March, GOES-17 is the second in a series of next-generation geostationary weather satellites. Like GOES-16, its sister satellite operating as GOES East, GOES-17 is designed to provide advanced imagery and atmospheric measurements of Earth from 22,300 miles above the equator.