NASA is Looking for a Commercial Satellite to Host TEMPO 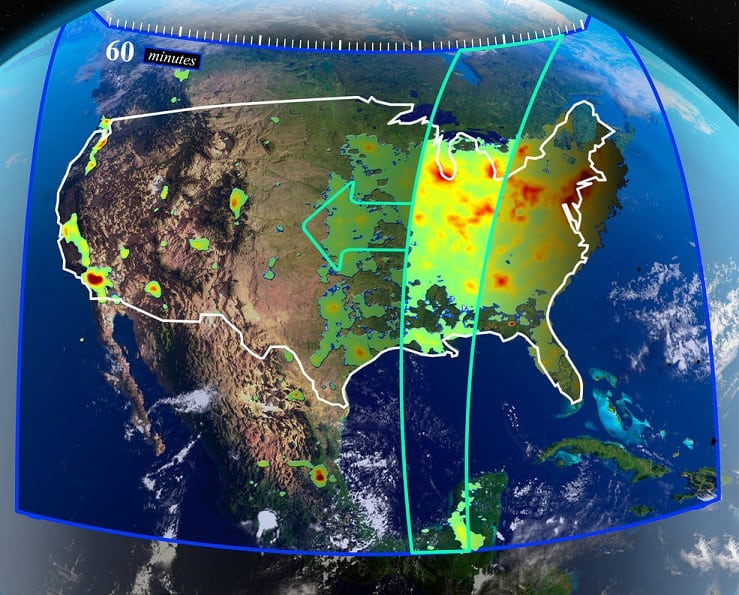 A NASA instrument that will measure ozone and other key pollutants over North America is seeking proposals for hosting services. The Tropospheric Emissions: Monitoring of Pollution (TEMPO) instrument, flying on a commercial satellite, will make observations from a geostationary vantage point, about 22,000 miles above Earth’s equator. TEMPO will be installed on the Earth-facing portion of the host satellite, allowing for an unobstructed view to collect measurements.

To accomplish this, TEMPO has partnered with the U.S. Air Force‘s Space and Missile Systems Center in El Segundo, California, and will employ its Hosted Payload Solutions (HoPS) contract. Proposals have been requested from the 11 commercial companies associated with the HoPS contract and they are due by mid-July. NASA expects the proposals to provide satellite integration, launch services and ground operations. The agency will make a selection in the late 2018 to early 2019 timeframe.

The TEMPO instrument recently completed a successful vibration test at Ball Aerospace and Technologies in Boulder, Colorado. The test verifies that it will survive launch and is one of three different environmental tests that are required for space flight qualification.