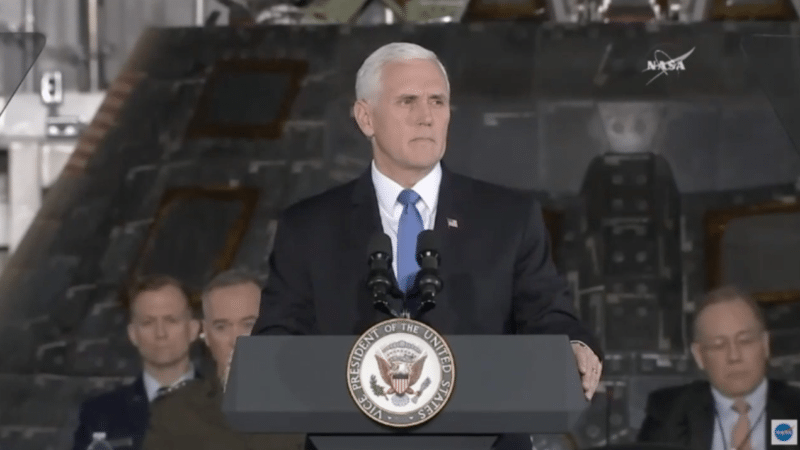 At the second National Space Council Meeting, members agreed on a number of new recommendations to reform commercial space regulatory frameworks at the Departments of Transportation and Commerce.

According to Vice President Mike Pence, the council’s chairman, under the new regulations the Department of Transportation would require a single license for all types of launch and re-entry vehicle operations. The council hopes to move the regulatory process from one of “prescriptive requirements” to a “performance-based licensing regime.”

Secondly, the Department of Commerce would create a new role, an Under Secretary of Space Commerce, who would be responsible for all commercial space regulatory functions. This Secretary would work alongside the Secretaries of State and Defense, as well as the Federal Communications Commission (FCC) and the NASA administrator to address new issues such as radio frequency spectrum surveys, rendezvous and proximity operations, and docking maneuvers.

The council also recommended the National Telecommunication Information Administration (NTIA) to coordinate with the FCC to “ensure protection and stewardship” of spectrum necessary for commercial space activities. It would be the NTIA’s responsibility to guarantee the use of such spectrum would not have an adverse affect on national security.

Lastly, according to the council, the Executive Secretary of the National space Council will initiate a policy review of “the current export licensing regulations affecting commercial space activity.”

During a speech at Kennedy Space Center this afternoon, Pence lauded SpaceX’s recent Falcon Heavy launch and emphasized his intent to push commercial space activity in the U.S. to new heights. “America will continue to be as dominant in the heavens as we are on the Earth,” Pence said.