SpaceX conducted the first test flight of its Falcon Heavy rocket this afternoon, qualifying the launch vehicle as the most powerful in operation in the world today. At 3:45 p.m. EST, the Heavy lifted off from Launchpad 39A at the Kennedy Space Center in Florida, carrying in its fairing SpaceX Founder Elon Musk’s Tesla Roadster as a playful dummy payload. 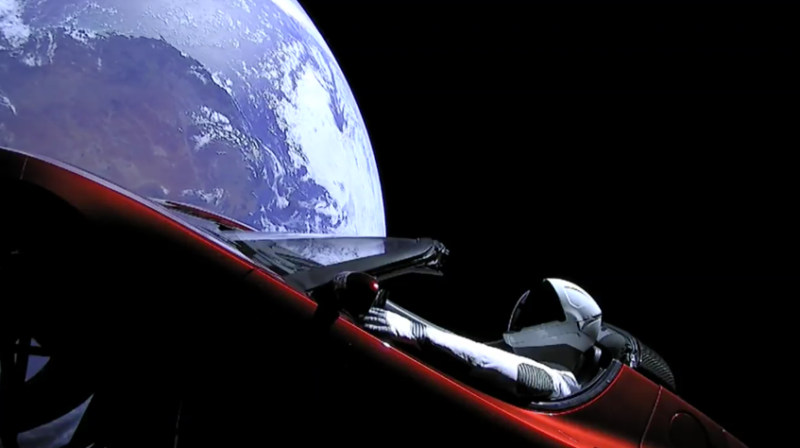 After successful first stage separation, the Heavy’s two side boosters twirled back to Earth in a controlled descent, landing in synchrony side-by-side. Over the next few hours, the upper second stage will accelerate away from Earth into deep space, where it will eventually enter into an elliptical heliocentric orbit similar to Mars’. 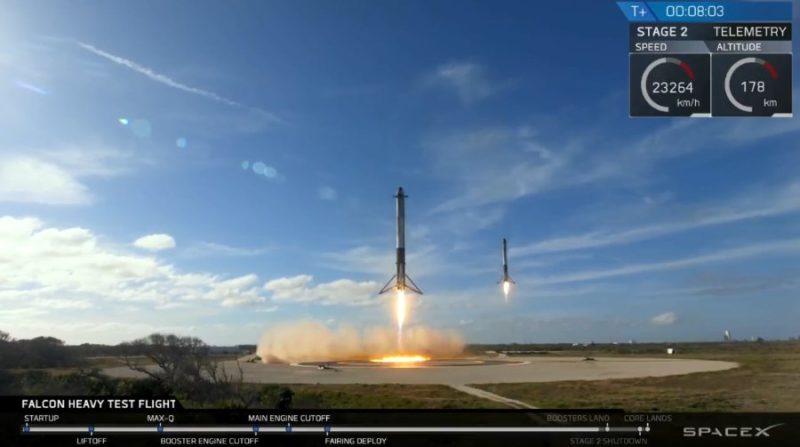 The massive forces generated during the launch knocked out camera signals from the central core, cutting the video feed short before the core returned for its own separate relanding on a nearby drone ship. In a post-launch press conference, Musk confirmed SpaceX could not recover the central core because only one of its three engines was able to reignite for the landing burn: “The center one lit … and the outer two did not, and that was not enough to slow the stage down,” he said. “Apparently it hit the water at 300 miles per hour and took out two of the engines on the drone ship.” 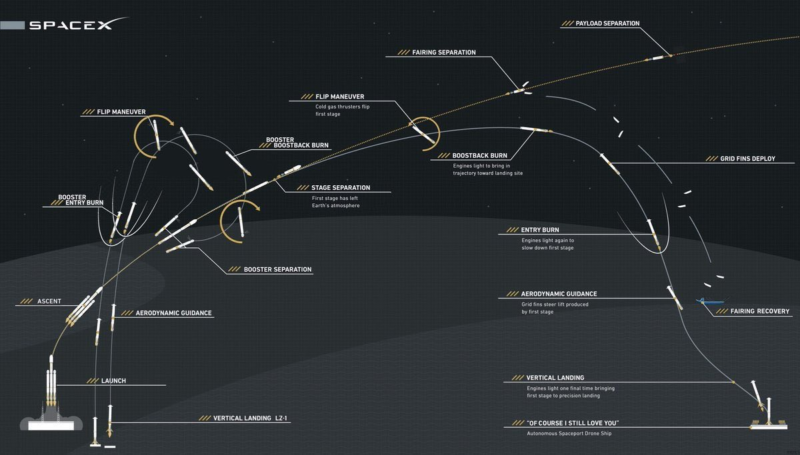 Despite the lost core, the largely successful test flight means SpaceX has paved a path toward bidding on NASA and U.S. Air Force launch contracts for satellites too large for Falcon 9 — an area traditionally dominated by United Launch Alliance’s (ULA) Delta 4 family of rockets. The Falcon Heavy rocket features 27 Merlin engines — the equivalent of three Falcon 9s — that generate enough power to lift 141,000 lbs into orbit, more than twice that of Delta 4 Heavy. 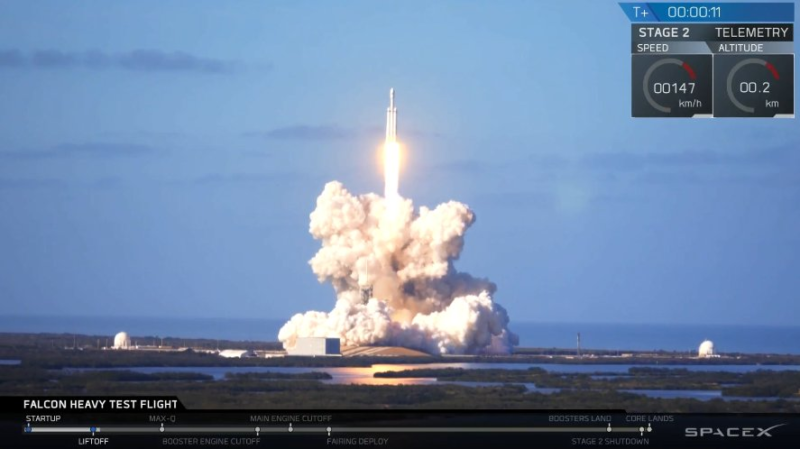 SpaceX Falcon Heavy lifts off for the first time on Feb. 6 from the Kennedy Space Center in Florida. Photo: SpaceX.

Echoing Falcon 9’s debut, the low cost afforded by the rocket’s reusable boosters should also prove a major disruptor for the heavy launch business. Some spaceflight experts are urging NASA to use Falcon Heavy in lieu of its Space Launch System (SLS) currently under development. Because it is expendable, SLS will cost hundreds of millions per launch — much more than Heavy’s estimated $90 million per launch.

Musk had previously hinted that Falcon Heavy could also be used for manned spaceflight missions to the Moon or Mars. However, in a press conference the night before the launch, he stated the company has suspended those plans as development of the even larger Big Falcon Rocket (BFR) accelerates.