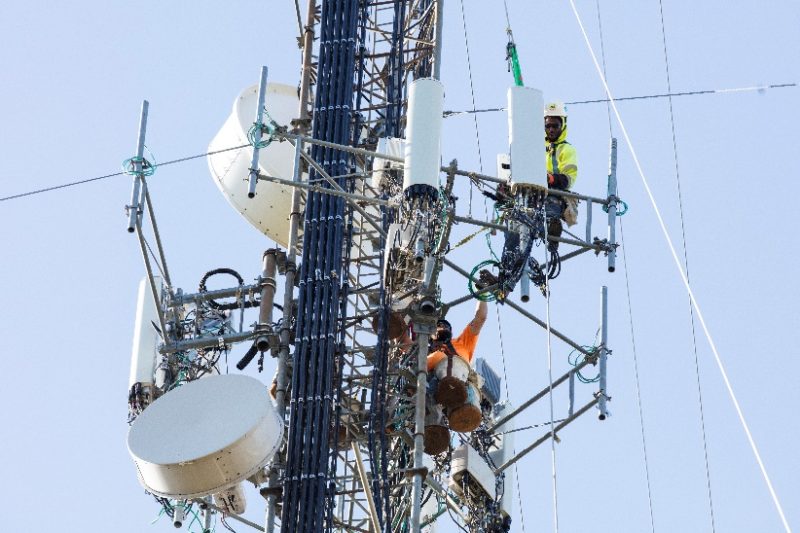 The National Security Council official who lobbied for a U.S. government takeover of 5G deployment has been removed from his White House position, the Washington Post reported. According to an undisclosed administration official, Air Force Brig. Gen. Robert Spalding was not responsible for leaking the memo (which was first picked up by Axios) but his tenure has not been renewed nonetheless. Frankly, though, facing staunch opposition from nearly every corner of the telecommunications industry, the proposal seemed dead on arrival.

In the memo, Spalding justifies government nationalization of 5G deployment as a bulwark to the threat of China, which he identifies as “the dominant malicious actor in the information domain.” In order for the U.S. to leapfrog China’s technological and economic advantage, he says, the U.S. government should intervene to provide Americans with “secure and reliable infrastructure” within the next three years.

But as Satellite Industry Association (SIA) President Tom Stroup pointed out in an interview with Via Satellite, the proposal is problematic on a number of levels. Most saliently, the three-year timeline it sets is “horribly unrealistic,” Stroup said, “even if one were in the business of constructing networks.” Stroup pointed to the slow progress of the First Responder Network Authority (FirstNet) as first-hand evidence of the vast amount of time and resources it takes to build out a new network. Even after six years and $7 billion in funding, only last year did FirstNet confirm all 50 states would opt-in the public safety broadband network. AT&T signed on in 2017 to help build out the network, but a solid deadline for when it will be completed has yet to emerge; it could take years.

Additionally, that the proposal suggests current users of C-band spectrum — including satellite operators — could simply transition to fiber is “nonsensical,” Stroup said. Both satellite operators and wireless carriers have been lobbying fiercely to get as much spectrum as they can for 5G. Some have gotten creative in their sharing agreements — such as Intelsat and Intel’s previously announced joint proposal — but it’s hard to imagine any company would be willing to sacrifice the licenses they already have.

In fact, many private companies are already waist-deep in their 5G deployment efforts, meaning they would beat the government to the punch on their own. Sprint just announced, during a Feb. 5 investor call, that it intends to launch its nationwide 5G services during the first half of 2019. Verizon and AT&T aren’t far behind, planning to rollout 5G hotspots in major cities within the next year or two.

And although some have accused the Federal Communications Commission (FCC) of being biased in favor of wireless carriers, satellite operators are also contemplating where they will fit in the 5G ecosystem. “When you look at various use cases it is hard to imagine the services being deployed without satellites’ involvement. One of the examples that drive it home most clearly is the automated car,” Stroup said. “You can’t just have the car stop when it loses signal from a cell tower … There’s a perfect role the satellite industry to play there, and that’s just one of many examples.”

The FCC seems to agree that natural market forces should dictate the evolution of 5G. In a statement released Jan. 29, FCC Chairman Ajit Pai unequivocally rebuked the nationalization proposal: “The main lesson to draw from the wireless sector’s development over the past three decades — including American leadership in 4G — is that the market, not government, is best positioned to drive innovation and investment,” Pai said. “Any federal effort to construct a nationalized 5G network would be a costly and counterproductive distraction from the policies we need to help the United States win the 5G future.”

Other critics have been similarly withering in their initial responses.

“While I’m glad that the Trump Administration recognizes that maintaining American leadership in the information age requires a significant investment commitment, I’m concerned that constructing a nationalized 5G network would be both expensive and duplicative, particularly at a time when the Administration is proposing to slash critical federal investments in R&D and broadband support for unserved areas,” U.S. Sen. Mark Warner (D-VA) said in a Jan. 29 press release.

It's worth reading the actual @POTUS Nat'l Security Council proposal on #5G – it's shockingly naive and uninformedhttps://t.co/gakovgK6L9.
If the gov't wants to help they should commit to working with operators to make our networks as secure as they can be.

While it seems this specific proposal won’t be going anywhere — especially considering Spalding’s ousting from the White House — Stroup noted there are other ways the U.S. government can help accelerate 5G deployment across the country. “If you look at some of the efforts that are being undertaken to support broadband deployment, the same can and probably should be done with respect to 5G deployment,” he said, “So removing some of the regulatory impediments and making sure that spectrum is available on a technology neutral basis.”