Are PPPs the Answer to Colombia’s Satellite Demand? 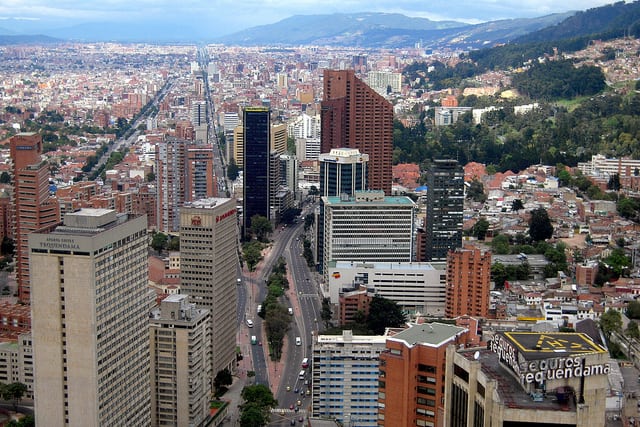 The Colombian government sees satellite as a potentially cheaper (and therefore attractive) alternative to deploying hundreds of miles of fiber. The question is: what’s the most cost-efficient way for an emerging country to loft a satellite for its population? The key, according to Axesat founding partner Miguel Eduardo Rodriguez, is engaging in Public-Private Partnerships (PPPs).

Satellite’s cost per megabyte wasn’t always as low as it is now. As a result, years ago the Colombian government first decided to focus its efforts on expanding fiber coverage throughout the country. In 2011, it formed a partnership with Union Temporal Fibra Optica Colombia, a joint venture between TV Azteca and Total Play, to extend the country’s fiber optic network to 1,078 municipalities. But the rollout of this infrastructure has “reached its limit,” Rodriguez said, as it has become prohibitively expensive to deploy fiber to the rest of the territories needed to achieve the government’s coverage goals. “Now that the satellite capacity cost is quickly dropping the government should consider it again as a very viable alternative,” he said.

Like every other country on the planet, connectivity has become increasingly important in Colombia. Demand for broadband access ramps up yearly both for the general population and companies with remote operations. The retail, banking and fishing sectors in particular see satellite as the preferred backup solution for communications, Rodriguez said.

The low deployment costs and the ever-increasing affordability of capacity make satellite connectivity the best option to meet these demands, Rodriguez believes. However, he also asserted that the government should not aim to build, launch and operate its own satellites due to its limited investment capacities. Instead, Colombia, and other countries in the region, should turn to the private sector just as it has for fiber.

“Because of geographical conditions, lack of internet access coverage, lack of capital investment resources, and more urgent priorities requiring attention, the PPP approach is appropriate for all the countries in the region. In fact, some of them have or are working in projects where the governments provide funding and the private companies are responsible for providing coverage using the technology they consider more adequate,” Rodriguez said. “Satellite is proving to be a favorable option.”

Rodriguez’s reasoning is that the private sector has already done most of the hard work, “investing in infrastructure, building experience [and] optimizing services which can be put immediately to serve the needs of the country.” Both multinational operators and local satellite service providers such as Axesat have also already expressed interest in using their technology for government development projects. Governments could save both time and expense by taking advantage of existing technologies rather than trying to develop them on their own.

“The government can facilitate, encourage and help improve the economies of the projects by reducing the costs of their implementation. The comparison in investments to use satellite technology leveraging what exists at the private level versus trying to develop it autonomously is abysmal,” Rodriguez said.

Moreover, satellite technology in recent years has evolved at a continually accelerating clip. Staying up-to-date with the latest capabilities requires long-term sources of investment. Existing satellite operators have the advantage here, too, Rodriguez said: “Private initiatives have to do it to remain competitive and because the economies of scale of their businesses allow it.”

Rodriguez added that it is the government’s responsibility to stimulate and incentivize the growth of its private sector, rather than acting as a source of competition with redundant Research and Development (R&D). “Governments must provide development opportunities to their private sectors. They must support and nurture them because they represent growth, job opportunities [and] fast advancement in knowledge,” he said. “The function of the state in these cases is not to administer technologies, it is to use them in the best possible way to benefit the communities.”